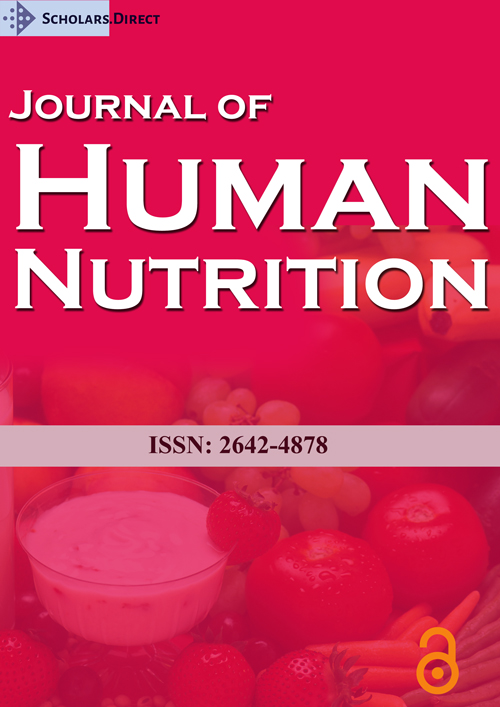 The genus Passiflora brings together about 400 species of passion fruit, most originally from the Neotropics (America), with about 120 native to Brazil [1]. The species of greatest commercial interest in the country are P. edulis and P. alata [2].

The purple passion fruit (P. edulis) can be consumed in juice or as fresh fruit. Its fruits are globose with 4 to 5 cm in diameter. The bark is green before ripening, becoming purple after initiated the process [2].

The processing of fruit for juice production generates considerable amount of by-products such as passion fruit peel, orange peel and apple pomace [3]. The use of these secondary materials fruit processing as ingredients in the food formulation, and reduce waste and prevent environmental contamination by improper disposal of these materials may facilitate access of low income to functional foods [4].

A food can be considered functional if it is shown that it can affect beneficially one or more target functions in the body, and have adequate nutritional effects, in a manner that is both relevant to the well being and health and for reducing the risk of a disease [8]. Drugs are not considered, because the principles responsible for the beneficial effects are not taken from food [9].

The fibers derived from fruits exhibit technological advantages over the cereal fibers, widely used to enrich foods. These advantages occur due to increased soluble fiber content, the higher retention capacity for water and fat, the lower phytic acid content and less caloric value [10]. It is assumed thus far in the nutritional as technological point of view, the important applicability of these by-products in the food industry as an alternative to conventional fibers.

The physiological and metabolic effects of the adequate intake of dietary fiber in the prevention of many chronic degenerative diseases are well established in the scientific community [11]. However, their intake by the Brazilian population was below the recommended level, probably due to the replacement of natural food, fiber sources, processed foods and nutritionally poor [12].

The importance of this theme is demonstrated by the fact promote the use of parts of the food with the potential nutritional value that are usually not used and can add value to waste, as the passion fruit peel, and several preventive health campaigns have demonstrated the need to supply the insufficient intake of dietary fiber, motivating the industry to develop foods enriched with fiber, adding nutritional value to their products, as well as contribute to the promotion of population health [13]. Thus, it is important that new ingredients and formulations are studied in order to expand this food segment, serving always the sensory attributes demanded by the consumer.

For the preparation of flour, it was purchased in the local market of Sinop-MT municipality of passion fruit. The passion fruits were washed in tap water, allowed to soak in solution of concentration 100 ppm of chlorine for 15 minutes and again washed under running water. After peeling they were separated and the albedo of the pulp and minced into small pieces which were taken to the greenhouse at 55 ℃ until completely dry (approximately 30 hours). Samples were ground in an industrial blender, sieved and stored in plastic pots with lids and the dark at room temperature until the moment of use. The straight dough method was used for the preparation of bread.

The formulation (Table 1) with 10% passion fruit shell flour was evaluated (10% flour basis) and compared with the standard bread to verify the influence on the technological characteristics, fiber content and sensory quality.

First, the dry ingredients were homogenized. Subsequently the added vegetable fat, water and dissolved yeast. The mixture was kneaded to develop the gluten.

The dough was divided into 3 pieces of 160 g and was subsequently rounded and shaped into spherical shape by roller manually. After this process was set up in metallic molds previously oiled and taken to fermentation in an oven at 30 ℃ for 60 min, with controlled temperature and relative humidity. The bread was forneado at 200 ℃ for 30 min in an electric oven, preheated for 10 min.

The total nitrogen content was determined by the method of paragraph [14], the crude protein content obtained by using factor of 6.25 for nitrogen conversion into protein. The ash content determined according to AACC (1995) [14]. The lipid content as determined according to [15] in a Soxhlet type extractor using petroleum ether as solvent. Quantification of crude fiber was determined by the crude fiber [16]. Carbohydrates were calculated by the difference of the other components. The energy value was calculated using the following Atwater conversion factors: Carbohydrate 4 kcal/g, Protein 4 kcal/g, Lipids 9 kcal/g [17].

It is possible to observe according to Table 2, the enriched bread and passion fruit shell flour increased by 179.28% fiber content compared to standard bread making the formulations proposed in this study meet the expectations of consumers who appreciate the product and that strive for nutritional quality of their meals, whose physical and chemical properties (such as increased viscosity of the intestinal content and high degree of fermentability) are closely related to most of the beneficial effects of dietary fiber in the human body. These effects are control of postprandial blood glucose and decreases in serum cholesterol as well as increasing the microbiótico balance and the production of fatty acids short chain, resulting from the fermentation of fiber and essential for maintaining intestinal health [18]. It should be emphasized that the contribution of soluble fiber in the foodstuff cannot be observed with such intensity when using the conventional fibers from cereals, because these are composed (almost entirely) from the insoluble fraction [10].

Perez, et al. [19] used eggplant flour and Mauro, et al. [20] added flours obtained from cabbage and spinach stems to increase the value of farinaceous food fibers and had a significant increase in the levels of dietary fiber and moisture content of the formulations test compared to the standard formulation demonstrating the high hydrophilicity of dietary fiber, which proved to be directly related to your content in food.

The presence of high dietary fiber content of breads promotes water retention in the product after cooking, which may be related to hydration capacity of fiber property which profoundly influences the final product texture [3].

Miranda, et al. [25] found that the intake of 30 grams of passion fruit shell flour for 60 days caused a significant decrease in glucose levels and improvement in the lipid profile in addition there was a reduction in total cholesterol levels. The authors evaluated the patients into three sessions: Time zero, after 30 days and after 60 days.

Enriched bread with passion fruit peel flour had higher fiber content when compared to standard bread, so it can be concluded that the use of passion fruit peel in the manufacture of flour for bread production is an alternative to avoid the disposal of this waste by producers of juices and enrich many foodstuffs nutritionally.

© 2019 de Oliveira LM, et al. This is an open-access article distributed under the terms of the Creative Commons Attribution License, which permits unrestricted use, distribution, and reproduction in any medium, provided the original author and source are credited.