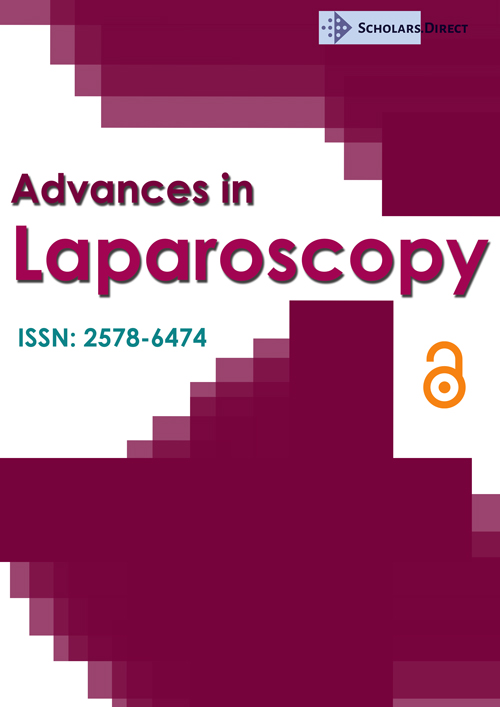 Risk Factors and Consequences of Conversion in Laparoscopic Appendectomy

Risk Factors and Consequences of Conversion in Laparoscopic Appendectomy

All patients who underwent LA at an Australian Metropolitan Hospital between 2011 and 2014 were retrospectively reviewed. Conversion rates were analyzed and outcome differences between a ML versus RIF approach for conversion were compared.

Older patients and ASA grade III-IV were more likely to result in conversion. Conversions carried a higher risk of post-operative complications and longer LOS. A ML conversion was a contributing factor for increased LOS.

• Converting laparoscopic to open appendectomy increased the risk of complications

Appendectomy for acute appendicitis is one of the most common surgical emergencies. Recent multicenter observational studies of performance variation in emergency appendectomy revealed extremely wide variation in practice patterns and outcomes among hospitals [1,2]. The preferred surgical management is an initial Laparoscopic Approach (LA) [1-3]. The principal advantages of this approach are a more precise diagnosis of appendicitis, reduction in post-operative pain, fewer superficial-surgical-site infection and earlier return to normal activity [3-5]. The principal disadvantages are an increased operating time, theatre cost and the potential risk of visceral injury in patients who had previous abdominal surgery.

The decision to convert a LA to an OA may be complex involving patient and surgical factors and ultimately it is indicated when the surgeon judges that the intended laparoscopic approach cannot be continued without risk.

There are no studies from Australia that have explored risk factors for LA to OA conversion. Furthermore, following a decision to convert, evidence-based guidelines are lacking whether a Midline (ML) incision conversion or a Right Iliac Fossa (RIF) approach should be preferred.

The primary objective of this study was to identify patient and surgical factors that increase the likelihood of conversion; a secondary objective was to explore differences in outcome between ML and RIF approach for conversion.

A retrospective review was conducted of all 1316 patients who underwent LA between November 2011 and July 2014. Ethics approval was obtained from the Western Health Human Research Ethics Committee prior to the commencement of this study. The procedures were carried out at the two major campuses of Western Health, a large Metropolitan Health Network in Melbourne, Australia.

De-identified information was collected from electronic medical records and included patient demographics, American Society of Anesthesiologist (ASA) score, prior abdominal surgery, operative details, Length of Stay (LOS), post-operative complications, as well as the level of training of the primary surgeon.

Selection of factors for analysis

Age (years) was categorized into three subgroups: paediatrics (9-18), adults (19-65) and elderly (> 65). Our Hospital is accredited to manage children from 9 years and above. Surgeon status was divided into two subgroups consisting of consultants and trainees (fellows and registrars). ASA score was used as a representation of the overall health of the patient's fitness for surgery. Patient gender and history of previous abdominal surgery were also included. Other factors that have generated conflicting results for conversion in the published literature were not used [6,7].

The primary outcome measure was the conversion rate from LA to OA in relation to patients' demographics and surgical factors; secondary outcome measures were the operative duration, post-operative complications and LOS between a Midline (ML) versus a Right Iliac Fossa (RIF) approach for the converted (OA) group.

Univariate analysis was followed by binary logistic regression modelling to evaluate the independent association of patient and surgeon factors with conversion to OA. Sample size considerations satisfied the assumption of at least 10 events (conversion rate) per variable for logistic modelling [10]. As the event rate (conversion) was less than 10%, Odds Ratio (OR) was the appropriate metric to represent risk [11].

The presence of missing ASA data (204 of 1316; 15% and 14% in the LA and OA groups respectively) were treated as missing at random and multiple imputation using 20 imputation sets were used to calculate adjusted ORs in regression modelling [12].

Of the 1316 initial LA, 67 cases were converted to OA (5.09%). Table 1 displays the patient demographics, outcomes and univariate analysis of patient and surgical factors for conversion and Table 2 shows the intra-operative reasons recorded by the primary surgeon for conversion and assessment of the severity of appendicitis based on the published Sunshine Appendicitis Grading System Score (SAGS score) [13]. Age and ASA grade were significant factors for conversion whereas primary surgeon status, gender and history of previous abdominal surgery were not. Conversions to OA were associated with significantly higher incidence of post-operative complications and a longer LOS: median difference 3.71 days; 95% CI, 3.20-4.14 (Figure 1).

Table 3 displays the adjusted Odds Ratio (OR) from logistic regression modelling using conversion as the outcome variable. Patients over 65 years had nearly twice the risk of conversion to OA (OR 1.94, 95% CI, 1.07-3.50). In addition, grade III-IV ASA (OR 1.59) and consultants as primary surgeon (OR 1.34) were significant factors for conversion in the regression model.

Patient characteristics and outcome data for the 67 converted cases sub-grouped into RIF or ML incision are shown in Table 4 and Table 5 shows their frequencies of post-operative complications (Dindo-Clavien classification [14]) by type of incision. There were 27 RIF and 40 ML incisions for conversion with a significant older age group receiving a ML incision for OA. Duration of operation was not different between the groups but a ML approach for OA increased the LOS: median difference 1.56 days; 95% CI, 0.27-2.91 (Figure 2). Thirty-days' post-operative complication incidence by type of incision was not significantly different.

In this study of 1316 patients with acute appendicitis, the majority (94.91%) was managed successfully and safely by a Laparoscopic Approach (LA). There were 67 conversions from LA to OA, a conversion rate of 5.09%. That is well below the 10% rate in a meta-analysis report of 54 randomized trials, even though many of the reported studies are now dated due to advancements in laparoscopic techniques since [15]. The intra-operative reasons for conversion as recorded by the primary surgeon are listed in Table 2. Purulent appendicitis with free pus and perforated appendicitis made up 25% of the reasons for conversion (SAGS score 3 and 4) [13]. The technical factors recorded were judgemental and lends support to the view that the decision to convert to OA is complex involving multiple factors but ultimately when the surgeon judges that the intended laparoscopic approach cannot be continued without risk [6,16].

Two risk factors for conversion to OA were identified on univariate analysis (Table 1). Age greater than 65 years and ASA grade III-IV were significant factors which were in agreement with previous studies on this topic [6,16]. On univariate analysis, with no adjustments for other covariates, there was no difference between consultants and trainees' conversion rates.

Logistic regression modelling (Table 3) with adjustments for other covariates (gender and history of previous abdominal surgery) confirmed age greater than 65 years had nearly twice the risk of conversion to OA (OR 1.94, 95% CI, 1.07-3.50). ASA grade III - IV was also a risk factor for OA conversion (OR 1.59, 95% CI, 1.06-2.37). By regression modelling, consultants as primary operators were more likely to decide to convert (OR 1.34, 95% CI, 1.02-1.76). In the situation when a consultant was called into the operating room to assist a trainee (due to one or more of the intra-operative factors listed in Table 2), the operative record would have indicated that the consultant was the primary operator.

Sub-group analysis of the 67 patients converted to OA (Table 4) showed that there were more ML incisions (40 versus 27) made in the older age patients. The choice of a ML as distinct from a RIF approach for conversion by the surgeon remained unclear but there is little reason to doubt the clinical observation that many younger trainees and surgeons are unfamiliar with performing an RIF incision since the advent of LA.

It could be argued that with the benefit of an initial laparoscopic survey, localization of the area of inflammation should enable planning of an optimal incision for conversion. In this series, a ML approach for conversion increased the LOS (Figure 2): median difference 1.56 days; 95% CI, 0.27-2.91; P = 0.020) further contributing to extended LOS in the converted group. The argument for ML laparotomy to enable peritoneal washout in purulent appendicitis with four quadrant contamination is not supported by a recent randomized trial of safe and effective laparoscopic lavage for perforated diverticulitis with purulent peritonitis [17]. Excessive use of a ML approach for OA not only has the potential of prolonging LOS but the increased risk of development of incisional hernias. Comparison of the frequencies of post-operative complications between ML and RIF conversions showed no difference; this was likely due to inadequate sample size and power for the subgroups in this retrospective study and a short follow-up period.

This study had a high-volume caseload. In that it is retrospective in nature and in a single institution, the extent to which the findings in this study can be applied to other settings is uncertain. A randomized control study on a ML versus RIF approach following a decision to convert should help to generate the required evidence-based guidelines for future practice.

Older patients and ASA grade III-IV were more likely to result in conversion to OA. Conversions carried a higher incidence of post-operative complications and longer LOS. Following a decision to convert, more considerations should be given in planning the approach. A ML incision for conversion was a contributing factor for increased LOS and has the potential for future incisional hernias.

This research did not receive any specific grant from funding agencies in the public, commercial, or not-for-profit sectors.

© 2017 Bui HT, et al. This is an open-access article distributed under the terms of the Creative Commons Attribution License, which permits unrestricted use, distribution, and reproduction in any medium, provided the original author and source are credited.

All patients who underwent LA at an Australian Metropolitan Hospital between 2011 and 2014 were retrospectively reviewed. Conversion rates were analyzed and outcome differences between a ML versus RIF approach for conversion were compared.

Older patients and ASA grade III-IV were more likely to result in conversion. Conversions carried a higher risk of post-operative complications and longer LOS. A ML conversion was a contributing factor for increased LOS.