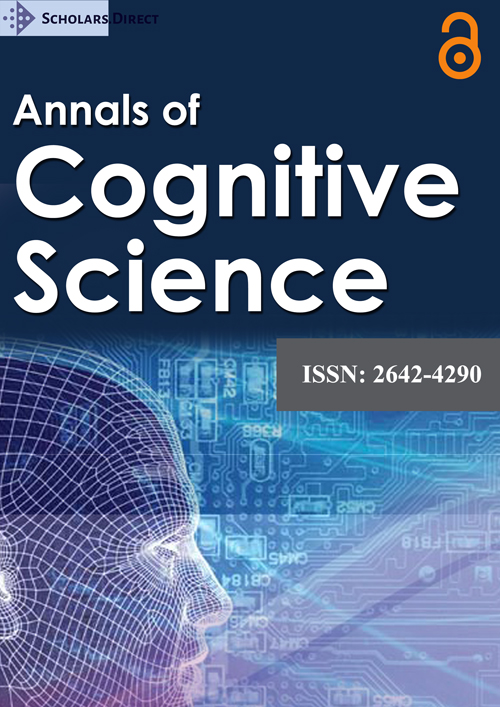 aIn this paper "Nature" is written with a capital "N" to indicate the biosphere and the abiotic matrices (soil, air, water) where it flourishes, and to avoid confusion with "nature" as the intrinsic quality of a certain creature and/or phenomenon

Is Pro-Environmental Behaviour a Matter of Attention Restoration?

Natural environments are usually more preferred and more restorative than urban environments [1-3] because they can play a very important role in the process of stress recovery [4,5] and attention restoration [6-8]. However, our understanding of the transactions between people and restorative environments remains remarkably incomplete, in particular how people become aware of the benefits associated with exposure to natural environments in aiding restoration from mental fatigue, and whether the restoration process can affect pro-environmental behaviour. To this end, we suggest a work-in-progress hypothesis which underlies a new approach to generate positive motivations toward the environment and may encourage pro-environmental behaviour (see Figure 1). Let's briefly see the constructs of interest to our speculation before discussing how we suppose the variables shown in the model are related.

Our speculation stems from the construct of "perceived restorativeness" (PR in Figure 1). According to the Attention Restoration Theory [9] what makes an environment restorative is the limited need for directed attention and the attraction of involuntary attention; the former is the kind of attention that requires effort, whereas the second does not. According to W. James [10] the best attention is effortless, unfortunately everyday situations call for voluntary directed attention and the price paid is mental fatigue. Mental fatigue indicates that the mechanism which inhibits distractions is saturated. In fact distractions (concurrent thoughts, competitive stimuli) are abundant in daily life, and they must be inhibited for voluntary attention to function efficiently. Therefore it is important to find ways to restore the directed attention capacity; such a way is the exposure to natural environments [7,9]. In natural environments, bottom-up involuntary attention is mostly captured and people do not spend energy in suppressing distractions because they pay attention only to interesting stimuli [11,12]. In the ART this type of sub-conscious information process, where the involuntary effortless attention is involved, has been referred to as fascination. Fascination can derive from many sources (process: storytelling, problem solving, etc. or content: Nature, water, animals, people, etc.) and can be conceptualized along a dimension from hard to soft; hard fascination is very intense and leaves little room for thinking (e.g. watching TV, auto-racing), whereas soft fascination holds attention but it doesn't preclude reflection and is evoked by settings aesthetically pleasing. Though fascination is the most important characteristic of a restorative environment, three additional factors are very likely to contribute to attentional recovery: A restorative place has to look like a place where you would take a break (being-away), it must be large enough to permit real or imagined exploration (extent), and it must not interfere with your purposes/interests (compatibility). Natural settings engage soft fascination (and show different levels of the other factors; [13]) thus directed attention can rest and be restored from mental fatigue whether in adults (see e.g. [7]) or in children (see e.g. [14]). Here is the restoration process.

Although it is matter of fact that Nature is not only appreciated for its aesthetic characteristics, but because it can be a useful resource for people in the process of attention restoration and recovery from stress (for a review see [15]), only some people consider and are able to appreciate exposure to natural environment a reasonable and cost-free way to recover from daily hassles. From our perspective this "lack" in people's ability to perceive the restorative value of Nature might be affected by both cognitive and affective components in their conceptualization of Nature. Allegedly, useful further insights to this speculation can be found in the construct of connection to Nature.

A proper explanation of "connection to Nature" (CN in Figure 1), i.e. the extent to which people feel to be a part of the natural world [16], needs to be introduced by defining biophilia first. It has been suggested that as a species we have an inherent affiliation to the natural environment, called exactly biophilia [17]; biophilia is "the innate tendency to focus upon life and lifelike forms, and in some instances to affiliate with them emotionally" [18], namely to feel connected to Nature. Human tendencies to love and take care of Nature are affected by attention, i.e. the ability to focus on natural stimuli effortlessly, actually to be fascinated by Nature [9], and empathy, i.e. to join emotionally to the various life forms and to participate to their condition. Humans are organisms evolving over two hundred thousand of years in the natural environments, growing and organizing in response to it [19] and indeed becoming fascinated by it so deeply that biophilia has become an innate predisposition [20]. Though lately the psycho-evolutionary framework is critically investigated (see e.g. [21]), humans are genetically programmed to function effectively in natural environments and there is evidence for genetically determined biases that affect environmental preference [22-24]. Biophilia can indeed represent a relevant evolutionistic advantage that goes beyond the memory of our past in the natural environment (in particular the savannah; [22,25]) affecting both directed attention and habitat choice, as pointed out by Barbiero [26] and Wilson [27, pp. 271-273].

Most theories and models are concerned with predictors of pro-environmental behavior (age, gender, individual differences, education, etc.), and they focus on either pro-environmental behavior as a sub-category of altruistic behaviour, directly affected by environmental values and personal norms, or on the linkage between environmental knowledge and environmental attitude. Altruism is defined as acting on behalf of the welfare of others, and more than often in altruistic situations it might happen that people act against their self-interest [39]. Therefore, it is not surprising that people resist making pro-environmental changes that they perceive as reducing their quality of life because putting aside gain and self-interest [40]. On the contrary, to the theories belonging to the second group, people behave in accordance with their intentions toward particular behaviors, because they perceive some degree of control over those behaviors. This is what the Theory of Reasoned Action/Theory of Planned Behavior claims [41]: Behavioural intention is determined by attitudes, subjective norms and perceived control. In this case, gain and personal interest are not neglected; beliefs about behavioral outcomes and the evaluations of those outcomes determine the attitude toward a given behavior. Nevertheless, it is a matter of fact that many individuals don't act pro-environmental.

Nature Perceived Restorativeness as a Motivator for Pro Environmental Behaviour

In this short commentary Nature perceived restorativeness is suggested to determine positive attitudes toward the environment and works as a motivator for pro-environmental behaviour. Unfortunately, connection to Nature usually weakens during life-span, in particular in adolescents, and this can have a direct effect on the future attitude toward the environment and on environmental knowledge [47]. If this is the case, it is fundamental to foster connection to Nature not only to enhance perceived restorativeness (a useful way to cope with daily hassles), but also to have people keener to behave pro-environmentally. The best way to facilitate the growth of a positive affective connection to Nature is the direct and frequent exposure to Nature since childhood [48]. In fact, direct experience of an attitude object facilitates the growth of a positive affective connection with that object [49]. Moreover, when people have direct experiences of an object, their evaluations of that object tend to be more effectively based than they are for those people who have only indirect experience [50]. To this regard, exposure to a lower degree of naturalness turns into a weaker connection to Nature and less concern for the environment; in practice some people might be less connected and less sensitive to Nature restorative effects because they have (or have had) less Nature in their life (extinction of experience; [51]).

From a scientific standpoint, this approach can significantly contribute to the speculation on "naturalist intelligence", a form of intelligence that can vanish with growth [52]. Research on musical intelligence has shown that exposure to music can influence appreciation and motivation in relation to music (see Mozart's effect; [53,54]); likewise we suggest that exposure to Nature at a young age can influence attitudes toward Nature and appreciation of its potential restorative effects in adults [55]. Unfortunately, this "on fashion" construct has no corresponding measurement instrument, but the constructs of interest to this commentary can be considered indirect measures of naturalist intelligence, thus allowing to speculate about the fact that who is more sensitive to every form of Nature is more intelligent from a naturalist point of view, and therefore able to gain physical and mental restoration even from brief exposure to Nature (for a review see [15]). Actually people supposed to possess enhanced levels of naturalist intelligence are very interested in other species and in the environment (environmental concern), have a strong affinity to the outside world, namely natural elements and animals (connection to Nature), and this interest (ecocentrism) often begins at an early age.

The authors thank the anonymous referees for their thoughtful insights on the content.

© 2017 Berto R, Barbiero G. This is an open-access article distributed under the terms of the Creative Commons Attribution License, which permits unrestricted use, distribution, and reproduction in any medium, provided the original author and source are credited.

aIn this paper "Nature" is written with a capital "N" to indicate the biosphere and the abiotic matrices (soil, air, water) where it flourishes, and to avoid confusion with "nature" as the intrinsic quality of a certain creature and/or phenomenon