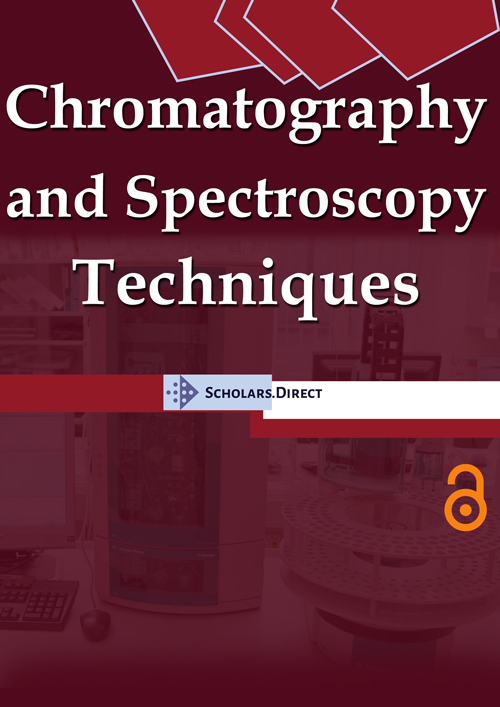 Isolation, Purification and Structural Identification of Degradation Products from Ketoconazole in a Liquid Formulation: An HPLC and HPLC-MS/MS Study

Isolation, Purification and Structural Identification of Degradation Products from Ketoconazole in a Liquid Formulation: An HPLC and HPLC-MS/MS Study

Ketoconazole (cis-1-acetyl-4-[4-[[2-(2,4-dichlorophenyl)-2-(1H-imidazole-1-ylmethyl)-1,3-dioxolan-4-yl]-methoxy]phenyl]piperazine) (I) (Scheme I) is an imidazole antifungal reagent. The activity spectrum of ketoconazole covers a wide variety of yeasts, dermatophytes, and other fungi [1]. Ketoconazole has potential applications in therapy of dermatomycoses, candidiasis of mouth and vagina, systemic candidiasis, chronic mucocutaneous candidiasis and candiduria, as well as deep and subcutaneous mycoses by dimorphic and other fungi [2]. In contrast to other antimycotic drugs of imidazole type, ketoconazole shows good systemic absorption in animals and humans following oral administration of relatively low doses. Ketoconazole can also be administered topically or by intravenous infusion. In addition, there are some reports on efficacy of topical or oral ketoconazole in dermatological disorders not exclusively related to fungi. Ketoconazole has been shown to be highly effective in reducing erythema and hyperkeratosis [3], and even inhibiting lipopolysaccharide induced activation of nitric oxide synthetase gene in murine macrophage cell line J774 [4]. Interestingly, despite extensive applications and studies of ketoconazole, there is quite limited information published regarding degradation chemistry of ketoconazole although there are some scattered reports regarding its stability [5-7]. As for the biotransformation, Whitehouse LW and co-workers [8] investigated metabolites of ketoconazole from liver extract of male Swiss Webster mice; while Miller JD and co-workers [9] studied metabolites of ketoconazole incubated with cryo-preserved human hepatocytes. More than 10 metabolites were identified.

As an anti-fungal reagent, ketoconazole is used as the active ingredient in a liquid formulation which contains ketoconazole at 1%, surfactants, fragrance, colorants, and other ingredients for rinse off topical application. It became necessary to investigate the stability and degradation chemistry of ketoconazole in this formulation to ensure product efficacy and safety. In this report, degradation of ketoconazole in this formulation after storage at room temperature for about three years was studied. Four degradation products (II, III, IV and V) (Scheme I) at minor levels were detected, isolated and purified using reversed-phase high performance liquid chromatographic methods. Their structures were tentatively identified by off-line HPLC electrospray ionization tandem mass spectrometry (HPLC-ESI-MS and HPLC-ESI-MS/MS). Three of the four degradation products, i.e. III, IV and V, have not been reported in literature.

14 g of 1% ketoconazole liquid formulation stored for about three years at room temperature was suspended in 3 mL of methanol and 20 mL of methylene chloride. After stirring at room temperature for 0.5 hours, the mixture was kept at room temperature overnight to produce distinguishable organic and aqueous phases. The organic layer was isolated and evaporated by purging compressed nitrogen (10-20 psi, ~2 hours). The residue was subsequently suspended in 5 mL of methanol and kept at 4 ℃ for more than 1 hour. The undissolved solid was removed by filtration (Autovial Syringeless Filter, PTFE, 0.45 μm, Whatman) and the filtrate was used for HPLC isolation of the degradation products.

Mass spectrometric analysis was performed using a Finnigan MAT TSQ 700 triple quadrupole mass spectrometer with an ESI source (San Jose, CA, USA). The spray voltage was set to 4.5 kV and the heated capillary temperature was maintained at 200 ℃. The instrument was optimized in the positive ion mode. For tandem spectrometric measurement, argon was used as the collision gas at a pressure of 2.5 m Torr, and the collision energy was maintained at -40 eV.

HPLC chromatograms of the liquid formulation after stored for about 3 years at room temperature along with corresponding placebo are presented in Figure 1 using method HPLC III. The placebo has the same ingredients as the formulation but without ketoconazole. The liquid formulation and placebo were diluted using methanol and filtered prior to injection into HPLC for analysis. Peak I is due to ketoconazole and at least four suspected degradation products were observed, which were labeled as II, III, IV and V, respectively. Peak II was confirmed to be 2-(2,4-dichlorophenyl)-2-(1H-imidazol-1-ylmethyl)-1,3-dioxalan-4-methanol by comparing its identical HPLC retention time and online UV spectrum with that of an authentic compound under identical chromatographic conditions. The levels of II, III, IV and V were determined to be 0.08%, 0.18%, 0.45% and 0.29%, respectively, normalized with ketoconazole HPLC peak area%. Figure 1 also indicated that there is a peak at about 17 minute which is larger in the aged formulation than in the placebo; this peak co-eluted with the ingredients of placebo and remains to be studied. In this report, only degradation products II, III, V and V were investigated. It was also found that the levels of II, III, IV and V increased with increase in storage time. None of the degradation products were observed when the formulation was freshly manufactured. After storage for 18 months which is the shelf life of the product the levels of degradation products increased but none of them were beyond 0.1%. The degradation product formation seemed to be accelerated after 18-month storage even none of the excipients was likely capable of interacting with ketoconazole chemically.

Due to the complicated formulation excipients resulting in interference and ion suppression obtaining decent HPLC-MS spectra of the degradation products became challenging. An approach of chromatographic isolation/purification followed by off-line HPLC-MS analysis was performed. To isolate degradation products III, IV and V from the aged liquid formulation, 0.2-0.5 mL aliquots of the formulation extract, prepared according to the procedure described in the experimental section of this report, were first chromatographed using HPLC I. The eluents at 12.4, 28.4 and 32.9 min. were collected individually and labeled as III', IV' and V', respectively. Figure 2 presents the analytical chromatograms of III', IV', and V' using HPLC III. A large amount of unwanted material had been removed and the number of chromatographic peaks decreased from more than 16 to less than four for each of the degradation product fractions. For further purification, 0.5-2 mL of III', or IV', or V' solutions were injected and eluted using method HPLC II. The eluents at 27.4, 29.7, and 33 min were individually collected and labeled as III, IV and V. Figure 3 shows the analytical chromatograms of III, IV and V to exhibit single peaks indicating pure degradation products obtained. Peak purity measurements using HP ChemStation indicated that peaks III, IV and V were homogenous. The above isolation and purification sequence was repeated until adequate amounts of pure degradation products were obtained for following HPLC-MS studies.

Their mass spectra displayed characteristic isotope cluster patterns due to the chlorine atoms and their molecular weights were determined as 602, 556 and 502 for III, IV and V with molecular compositions of C26H20N4O9Cl2, C26H22N4O6Cl2 and C24H24N4O4Cl2, respectively. The isotope distribution profiles of the protonated molecular ions are consistent with the theoretical isotope distribution profiles. In order to obtain additional structural information, the fragmentation patterns of the molecular ions of III, IV and V were investigated using HPLC-MS/MS. Figure 5b, Figure 6b and Figure 7b present the observed diagnostic fragments from the corresponding molecular ions along with the proposed structures of III, IV and V. The proposed structures are tentative and were based only on HPLC-MS and HPLC-ESI-MS/MS studies. Due do the complexity of the formulation matrix and the minor levels of the degradants formed plus limited amount of the liquid formulation sample, it was not possible to obtain adequate amounts of the pure degradation products for additional structural investigation, such as NMR studies.

© 2019 Zhang F. This is an open-access article distributed under the terms of the Creative Commons Attribution License, which permits unrestricted use, distribution, and reproduction in any medium, provided the original author and source are credited.

Figure 5b: MS/MS Diagnostic Fragments and Proposed Structure of III.

Figure 6b: MS/MS Diagnostic Fragments and Proposed Structure of IV.

Figure 7b: MS/MS Diagnostic Fragments and Proposed Structure of V.