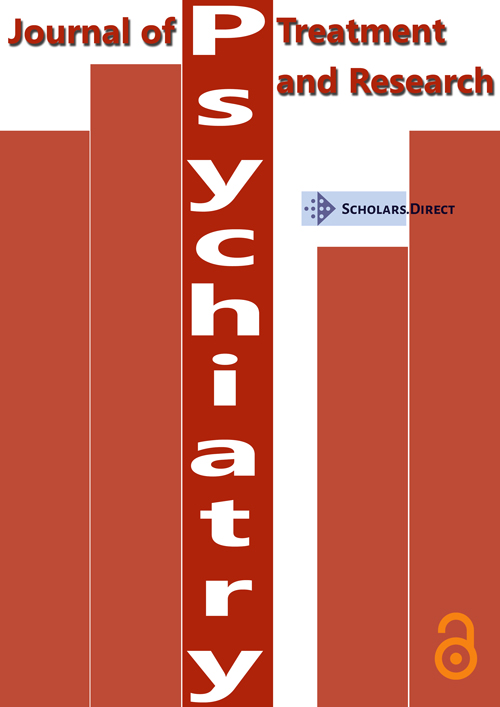 Journal of Psychiatry Treatment and Research

N-Acetylcysteine as an Alternative Treatment in Autism Spectrum Disorder (ASD): A Mini-Review

N-Acetylcysteine as an Alternative Treatment in Autism Spectrum Disorder (ASD): A Mini-Review

Autism Spectrum Disorder (ASD) is a neurodevelopmental condition characterized by social skill and communication disability, accompanied by repetitive behavior that interferes with the individual's verbal and non-verbal communication. An up-growing number of researches have put to evidence that ASD physiopathology is related with metabolic and glutamatergic transmission in the vertebrate brain alterations, which are directly affected by oxidative stress levels. The purpose of the present work was to perform a bibliographic survey about the potential application of N-acetylcysteine (NAC) as an alternative treatment for the behavioral disorders present in autism. As results, we observed that NAC emerges as a potentially prospective treatment in autism as a consequence of its capacity to decrease patient's irritability when compared to other conventional treatments.

Autism Spectrum Disorder (ASD) is defined as a neurodevelopment disorder characterized by difficulties in social skills and communication, accompanied by restricted and repetitive behavioral patterns, interests and activities, which compromise the individual's verbal and non-verbal communication [1]. Therefore, the severity of clinical manifestations can variety in each patient, where, for instance, one person can present a high deficiency in verbal communication, while other can show a bigger loss in non-verbal communication and repetitive behavior [2]. In order to diagnose ASD, a clinical evaluation should take place according to Diagnostic and Statistical Manual of Mental Disorders criteria in its most recent version, DSM-V [3].

ASDs physiopathology still demands further explanations, having in sight that there are many hypothesis about the genetic [4], metabolic, neurobiological, and immunological mechanisms involved in this disorder [5]. However, it is already known that there is an imbalance between oxidative stress and antioxidant protection in patients with ASD [6]. Oxidative stress is characterized by the intracellular imbalance between the production of Reactive Oxygen Species (ROS) and the antioxidant systems that are involved in defending against ROS. Re-oxidizing substances, such as nitric oxide (NO) and malondialdehyde (MDA), are elevated in the plasma of ASD individuals [7], suggesting that oxidative stress is greater among this population. A positive correlation was determined between MDA levels and the severity of ASD according to the total score of Childhood Autism Rating Scale (CARS) [8]. According to Emiliani, Sedlak e Sawa [9], oxidative stress is capable to damage cellular structures and can lead to neuronal damage in genetically predisposed individuals. Therefore, it is possible to suggest combating oxidative stress as a potential target for the treatment of ASD.

The predominant antioxidant in the brain is glutathione (GSH), a tripeptide consisting of three amino acids: Glutamic acid, cysteine and glycine. It is closely related to the cells redox system and can appear in an oxidized or reduced form, which is normally more prevalent. A meta-analysis of 29 studies involving patients with ASD, showed a decrease in plasma glutathione (GSH) levels and increased concentration of oxidized glutathione (GSSG) [10]. Postmortem studies that examined the temporal cortex and cerebellum of patients with ASD, showed a decrease in the GSH/GSSG ratio as a marker of oxidative stress [11].

In this scenario, N-acetylcysteine (NAC) appears, which is an antioxidant precursor of glutathione, that restores the levels of GSH in the body [12]. Because it is related to glutathione metabolism, NAC helps in improving glutamate homeostasis, functioning as an effective and safe agent for the treatment of various neuropsychiatric disorders, for instance schizophrenia, since one of the hypotheses of its pathophysiology is related to the hypofunction of glutamatergic receptors NMDA (N-metil-D-aspartato) [13]. Evidence points that ASD may also be related to imbalances in metabolism and glutamate function, the most abundant excitatory neurotransmitter [14], making it a potential therapeutic target for NAC. The mechanism of deregulation of glutamine/glutamate metabolism can be considered in the pathophysiology of ASD, although they are not yet fully understood [15].

Despite its high prevalence, ASD still lacks a more effective and varied treatment, given the broad spectrum of clinical manifestations, it is necessary to search for new alternatives that seek to assist in their therapy. Currently, the most widely used drugs are risperidone and aripiprazole. In this context, the aim of this study was to investigate the efficacy and safety of N-acetylcysteine in the treatment of Autistic Spectrum Disorder.

A search was performed in the databases Embase, Literatura Latino-Americana e do Caribe em Ciência da Saúde (LILACS), Medical Literature Analysis and Retrieval System on-line (MEDLINE), Scopus, Scielo, Science Direct e Web Of Science using the following descriptors: 'Autism Spectrum Disorder' and 'Acetylcysteine'. The inclusion criteria for the selection were: original articles written in English and Portuguese, year of publication between 2010 and 2020, with full text availability in the databases and related to the subject. Articles that did not argue about the descriptors in their content, review articles, in other languages, with publication year outside the established period, as well as those whose full contents were not accessible were excluded. From these criteria, a total of ten studies were selected.

The search resulted in the selection of ten studies which have been grouped in the following table and discussed in below (Table 1).

N-Acetylcysteine (NAC) is a commercially available drug in various formulations that can be purchased in liquid or solid dosage forms. Many studies have been made to investigate about the possible mechanisms that lead it to be considered a therapeutic alternative in the treatment of ASD. In this study Wink and collaborators [16] verified that NAC administration was able to increase the levels of GSH in peripheral blood. However, there was no significant impact on ASD nuclear social deficits.

In a randomized, double-blind, placebo-controlled clinical study, Ghanizadeh & Moghimi-Sarani, [17] showed that the association of NAC with risperidone reduced irritability in children and young people, when compared to the placebo-associated risperidone group. According to Pesko, et al. [18], the oral supplementation of NAC associated with preexisting treatment can also lead to reduction in irritability. This finding corroborates the conclusions of Nikoo, et al. [19], who also relates irritability reduction in the group of patients treated with NAC. On the three previously quoted studies the Aberrant Behavior Checklist (ABC) was used, which has 58 evaluative items and measures the severity of the various behavior problems commonly observed in individuals with some type of impaired development.

Hardan, et al. [20] demonstrated that the administration of NAC is responsible for significantly improving patient's irritability, also by leading to a decrease in stereotyped behaviors. That is also pointed by Çelebi Fahri, [21], in a case report with eight patients. It is believed that two possible mechanisms may be related to those results: antioxidant and glutamatergic modulation. Through glutamatergic modulation, NAC is capable of promoting an increase of the oxidized form of cysteine, called extracellular cystine [20]. However, this alteration is associated to its antioxidant proprieties as well. Therefore, drugs that increase cystine levels are believed to be able to decrease patient's levels of irritability, one of ASDs possible symptoms.

Another case report [22] shows that after the administration of NAC, it was possible to observe an increase in social interaction. Visual Analogue Scale (VAS) was used, as it is an instrument that allows measuring certain characteristics subjectively, where individuals or their guardians can quantify those features that were studied based on the visual scale. The scores found were often to six, with improvements in communicative and social skills as well, of five to nine, and aggressiveness reduction of ten to three, according to parent's perception in two months.

As for self-injurious behavior, defined as a set of responses that are capable of producing physical damage to the individual's own body [23], there was a case report where the researchers found that it can be reduced with the use of NAC as an alternative in the pharmacological treatment, and can be observed in patients with atypical development [24].

However, one randomized, double-blind, placebo-controlled clinical study, using ninety eight patients did not show evidence of positive results by prescribing NAC for ASD treatment. This may have been caused by the very low dose applied; five hundred miligrams [12], for most studies usually use a higher one. Another possible explanation is that the experiments period might have been too short.

In most studies good tolerability is perceived, because there were only a few light adverse reactions observed, such as gastrointestinal symptoms, with mild abdominal pain. This implies that NAC could be a good alternative of pharmacological treatment for ASD when compared conventional treatments, such as risperidone, for other approved medications have greater side effects.

N-acetylcysteine is a potential adjunct therapeutic alternative in Autism Spectrum Disorder, given its ability to reduce the patient's levels of irritability, when compared to other conventional treatments. Therefore, more pre-clinic and clinical studies are necessary to safely demonstrate the use of N-acetylcysteine ASD pharmacotherapy.

The authors declare there are no competing interests.

The authors declare no specific funding for this work.

We thank the Scientific Initiation Scholarship Program (PIBIC/UFC) from Federal University of Ceará.

© 2021 Linhares et al. This is an open-access article distributed under the terms of the Creative Commons Attribution License, which permits unrestricted use, distribution, and reproduction in any medium, provided the original author and source are credited.

Autism Spectrum Disorder (ASD) is a neurodevelopmental condition characterized by social skill and communication disability, accompanied by repetitive behavior that interferes with the individual's verbal and non-verbal communication. An up-growing number of researches have put to evidence that ASD physiopathology is related with metabolic and glutamatergic transmission in the vertebrate brain alterations, which are directly affected by oxidative stress levels. The purpose of the present work was to perform a bibliographic survey about the potential application of N-acetylcysteine (NAC) as an alternative treatment for the behavioral disorders present in autism. As results, we observed that NAC emerges as a potentially prospective treatment in autism as a consequence of its capacity to decrease patient's irritability when compared to other conventional treatments.