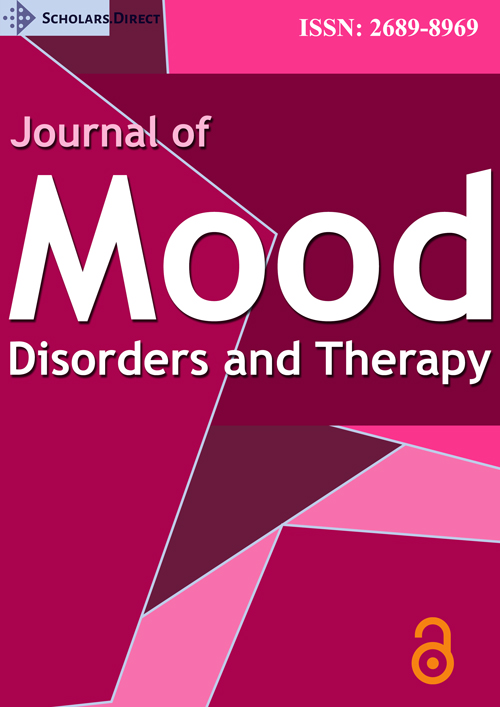 Journal of Mood Disorders and Therapy

Sport as a Treatment Aimed to the Recovery in Severe Psychiatric Disorders: Health, Functioning and Adjustment

Sport as a Treatment Aimed to the Recovery in Severe Psychiatric Disorders: Health, Functioning and Adjustment

According to the Council of Europe, Sport could be defined as "all forms of physical activity which, through casual or organized participation, aim at expressing or improving physical fitness and mental well-being, forming social relationships or obtaining results in competition at all levels" (752 Meeting of the Ministers' Deputies - Meetings 2002 - 2001/16 May 2001) [1].

Physical and social health of people with a mental disorder is worse compared with general population [2]. Symptoms such as anhedonia, hyploergia, social avoidance, blunted affect, poor rapport, often contribute to a poorer health condition. People suffering from a severe mental disorder are more likely to have a sedentary lifestyle [3]. Psychopharmacology side effects, such as a reduction in motion, metabolic effect, obesity, play a role in worsening the general health condition.

A growing body of literature has examined how sport is linked to an increase in individual confidence, self-efficacy, social confidence and sense of belonging [4].

Also, sport may reduce BMI and promote a higher level of physical health [5,6]. Enjoyment and amusement are very important parts of sport activities [7,8] and that could help patient adherence. More recent evidence [9] have shown a positive effect of sport on schizophrenia symptoms. However, there is a lack of evidence about the use of sport as a tool for an heterogeneous group of disorders.

The aim of our study was to assess the effectiveness of a rehabilitation through sport treatment (SR) on health, functioning and adjustment in a group of patients affected by Severe Psychiatric Disorders (SPD), such as Schizophrenia (S), Bipolar Disorder (BD), Severe Personality Disorders (PD), Autistic Spectrum (A).

Fifty-three patients with SPD (86.5% male and 13.5% female) participated in this study. Patients were recruited through the psychiatric medical unit were the study was conducted (Valdera Unit of Mental Health). Their mean age was 32.42 (SD 10.93). Schizophrenia was the prevalent diagnosis in 32.8%, while Bipolar Disorder was 36.5%, Severe Personality Disorders were 11.5%, and Autistic Spectrum was 19.2%.

The first area was identified by the extent of the utilization of the Mental Health Care Services which was measured by checking the electronic clinical chart for each person participating at the study. By doing so we obtained the following parameters: the number of admittance per month to the Unit of Mental Health for Hospitalization (H), the global number of Psychiatric Emergency per month (PE), the number of Psychiatric Evaluation per month (PV), and Other Psychiatric Performance, such as informal conversation, interview, life support, etc. (OPP) per month. We refers at those observations as "health variables".

The second area consisted in the level of adaptation, measured by the Longitudinal Interval Follow-up Evaluation scale (LIFE) [10] which is a semi-structured interview wildly use to assess the course of the severity of the disorder [11].

Both Scale were administered by a trained clinician and all patients were evaluated at baseline, after 12 and 24 months.

We have collected information about diagnosis by checking each patient medical chart. Since all the patients participating at the study were in charge to the Unit for a long-time diagnosis were previously made by expert psychiatrist based on the DSM-IV Axis I and II Disorders.

The SR treatment applied was a 24 months' program with different sports such as football, basketball, fencing, archery, rugby, alone or in association with each other, depending on the characteristics of the patient, using an intent-to-treat strategy. The SR treatment was added to the already existing treatment (psychopharmacology and/or psychotherapy). The SR program was conducted from one to multiple sessions per week, each session lasted 90 minutes. Sessions were conducted by a professional coach for each sport and a Mental Health Technician who played together with the patients.

Patients were included in the study after a confirmation of their participation: they started SR after 3 weeks. If they interrupted later than the first 3 weeks, they were signed "drop out".

Data were entered and analyzed using the Statistical Package for Social Science (SPSS) version 18. Descriptive statistics were used to compute mean and standard deviation of scores.

A t-test for paired sample was run to determine whether health variables, adaptation and functioning were different after 12 and 24 months of treatment.

Each difference in health variable showed a statistically significant difference except for OPP. These results suggest that using sport as a rehabilitation treatment does have an effect on health, function and adjustment. Differences in scores suggest that SR not only improves clinical outcome, but also the quality of life under many other aspects such as relationship, work and global satisfaction. Specifically, our results suggest that sport can be effective on reducing the number of utilization of the Mental Health Care Services. However, the treatment doesn't have an impact on the number of standard access to the Unit.

Only one patient dropped out after more than 3 weeks (1.8%), 52 patients completed the study meaning that the intervention was well accepted by patients.

Over the lasts years, there has been an exponential growth in the development of new techniques in psychiatric rehabilitation [15]. Sport and physical exercise represent a new kind of tool with a growing use in mental health interventions [16]. Recently sport is widely implemented in many rehabilitation programs. In our opinion the reasons for its success reside in the low cost of activities, the easily application to an heterogeneous groups (diagnoses, age, gender, etc) and the positive impact on health, functioning and adjustment. Also, it is well accepted by the patients.

As expected the rate of hospitalization and psychiatric emergencies was reduced after the introduction of the SR both after 12 months and 24 months. These variables are closely linked to the state of severity of the acute symptoms, meaning that there was a reduction in the number of relapses. A decrease of psychiatric emergencies reduced the unscheduled interventions with beneficial for the whole psychiatric team. The reduction in number of PV underline the positive course of the disorder allowing the team to focus its attention to other critical situations. OPP did not decrease during the intervention, this is not surprising since this variable is about the "standard" access to the mental health services and doesn't give information about the exacerbation of symptomatology.

SR was well-accepted by the patients for the absence of side effect, the easy access and the enjoyment during the activities. SR improves satisfaction and enjoyment, no one of our patients felt bad during activities. The abilities acquired through SR are used during patient's daily life, which led to an increase in their familiar and work, adjustment.

Our results show a relevant increase of global function both after 12 and 24 months, these findings suggest that sport can change patient inability state into a productivity condition.

Our study has several limitations: it isn't a case-control study, our data represent a comparison between variables pre and post-treatment. Our group is composed by different diagnoses, and our group isn't enough wide to describe how a diagnosis affect the response to the SR. The patients' clinical background is heterogeneous, such as the pharmacological treatment: the medication remained unchanged during the study. In addition to this we didn't consider the different cardiovascular stimulation among the physical activities, and the interactions with the patients' mental health: cardiovascular stimulation in rugby is higher than in archery.

The evidence from this study suggest that sport is an effective tool in psychiatric rehabilitation. Sport programs can increase adjustment and functioning towards a complete recovery.

© 2018 Corretti G, et al. This is an open-access article distributed under the terms of the Creative Commons Attribution License, which permits unrestricted use, distribution, and reproduction in any medium, provided the original author and source are credited.