Annals of Gynecology and Obstetrics

Conclusion: The maternal morbidity and mortality associated with ectopic gestation can be mitigated by prevention and prompt treatment of pelvic inflammatory disease, provision of safe abortion and family planning services, early hospital presentation, a high index of suspicion by the attending physician, presence of diagnostic facilities, functional blood bank services and a standard operating theatre.

Ectopic gestation is the implantation of a fertilized ovum at any site different from the uterine endometrium. It complicates 0.25%-2% of all pregnancies, globally [1-3]. In our environment, one of the commonest causes of maternal mortality in the first trimester of pregnancy is ectopic gestation. The mortality rate following ectopic gestation in our Centre is 3.3% [4]. This is within the range of 1%-6% reported within and outside Nigeria [5-8].

She was a 41-year-old G9 P4+4 (all alive), who presented to our gynaecological clinic for an expert opinion following two previous conflicting pregnancy reports on ultrasound scan. Pregnancy was spontaneously conceived, although she was unsure of her last menstrual period. She had no signs and symptoms. She has not been previously managed for pelvic inflammatory disease, ectopic gestation, had surgery or any fertility treatment. Her vital signs were stable. She was a known hypertensive with poor drug compliance.

She was counselled for surgery, but declined. She however, presented a few hours later with symptoms of abdominal pain, dizziness and a fainting spell. Her pulse was 86 beats per minute, respiratory rate was 20 cycles per minute, blood pressure was 140/100 mmHg, and temperature was 37 °C. Her packed cell volume was 35%.

A diagnosis of ruptured unilateral triplet ectopic gestation was made. She and her husband were counselled on the findings, diagnosis, possible complications and the need for emergency laparotomy, which they consented to. Intraoperative findings included haemoperitoneum of 500 ml and triplet gestational sacs with a ruptured left interstitium (Figure 2a and Figure 2b). The right fallopian tube and both ovaries were grossly normal. She subsequently had left cornual wedge resection for ruptured left interstitial triplet ectopic gestation. Estimated blood loss at surgery was 400 ml.

Her post-operative packed cell volume was 30%. The histological examination confirmed triplet interstitial ectopic gestation. She was discharged home on the fifth post-operative day on haematinics after counselling on the impact of a cornual wedge resection on further pregnancy. She was then counselled on contraceptives to prevent possible maternal mortality from uterine rupture in a subsequent pregnancy. At her follow-up visit in two weeks, the abdominal wound had healed satisfactorily and her packed cell volume was 32%.

The risk factor for ectopic gestation is from any condition that causes the disruption of the normal tubal anatomy like infections, surgery, congenital anomalies or tumours. The risk factor noticed in the patient presented was four previous induced miscarriages. Her age also predisposed her to having a triplet pregnancy. Other risk factors for ectopic gestation include pelvic inflammatory disease, previous ectopic pregnancy, history of infertility, conception following ovulation induction/in vitro fertilization + embryo transfer, previous pelvic surgery, multiple sexual partners, in-utero exposure to diethylstilbestrol and excessively long fallopian tube. The commonest site of ectopic gestation is the fallopian tube, where it occurs in about 96% of cases [16,17]. It occurred in the interstitium in the patient presented. Other sites are the abdominal cavity, ovary, broad ligament, cervix uteri and Caesarean section scar. Interstitial pregnancies are prone to severe haemorrhage due to the rich vascular anastomosis at the cornual region of the uterus. Patients who have had wedge resection following interstitial gestations are at high-risk of uterine rupture in subsequent pregnancies. Therefore, these patients must be counselled after the surgery about this possibility.

The management of ectopic gestation may be expectant, medical or surgical, and it is dependent on whether it is ruptured or unruptured, clinical state of the patient, site of the ectopic gestation, the fertility desire of the patient and the management facilities on ground. The patient presented had ruptured left triplet interstitial ectopic gestation. She had surgical management which included emergency laparotomy with cornual wedge resection. Laparoscopy is another surgical route of management. Other procedures that can be done through these surgical routes are salpingectomy which may be partial or total, salpingotomy, salpingostomy, segmental resection and end-to-end anastomosis and manual expression.

Medical and expectant management protocols are usually carried out for unruptured ectopic gestation. Medical treatment includes the use of systemic drugs like methotrexate, actinomycin D, prostaglandins and mifepristone. Ultrasound and laparoscopically directed aspiration and/or local injection of 20% potassium chloride, 50% glucose, methotrexate, adrenalin and prostaglandin E and F into the ectopic gestational sac have been described [14,19]. Expectant management follows the natural history of ectopic gestation; and this method of management is unreliable, as failure rate is high [18].

The maternal morbidity and mortality associated with ectopic gestation can be mitigated by prevention and prompt treatment of pelvic inflammatory disease, provision of safe abortion and family planning services, early hospital presentation, a high index of suspicion by the attending physician, presence of diagnostic facilities, functional blood bank services and a standard operating theatre.

© 2022 Oriji PC, et al. This is an open-access article distributed under the terms of the Creative Commons Attribution License, which permits unrestricted use, distribution, and reproduction in any medium, provided the original author and source are credited. 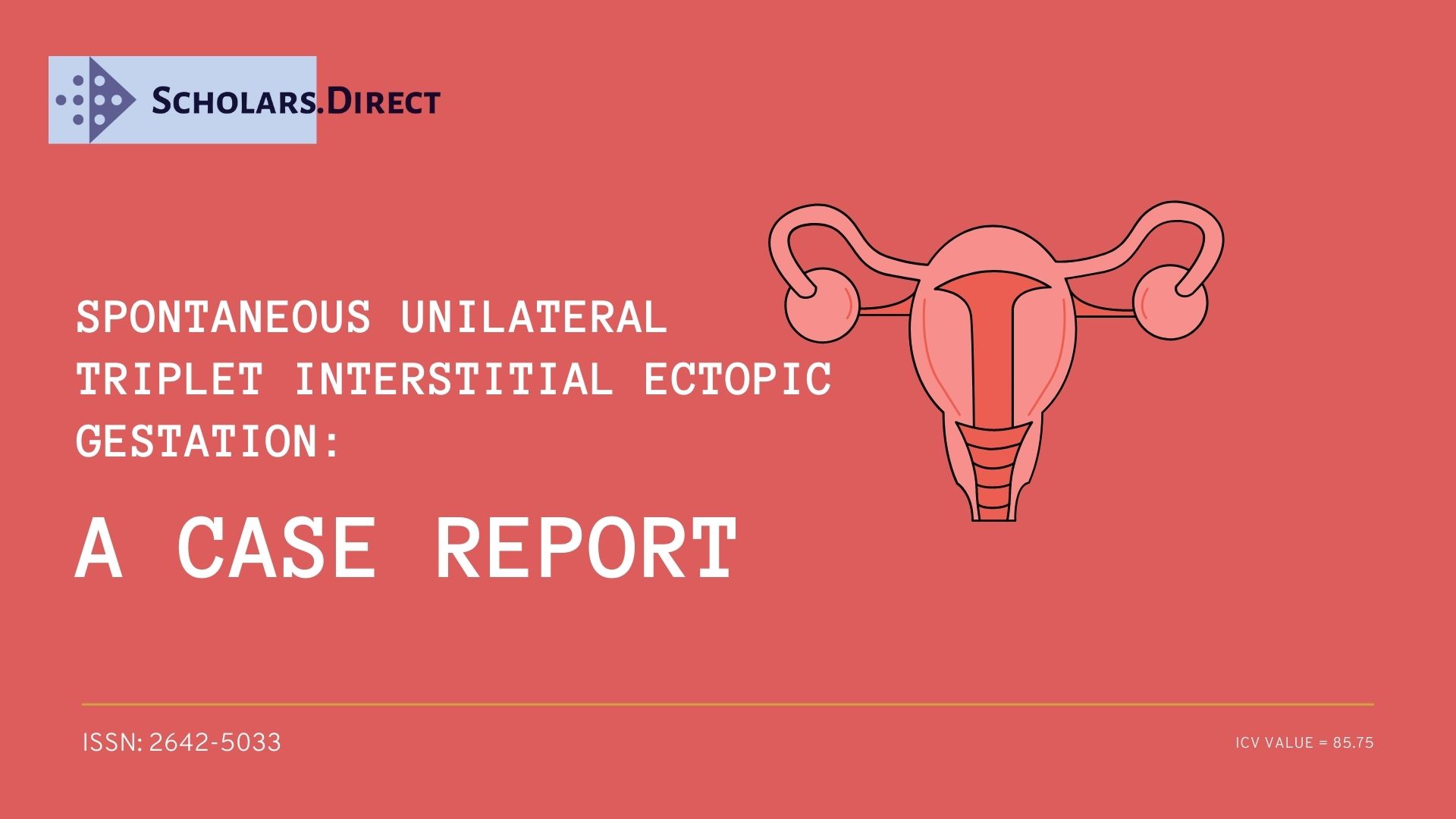 Conclusion: The maternal morbidity and mortality associated with ectopic gestation can be mitigated by prevention and prompt treatment of pelvic inflammatory disease, provision of safe abortion and family planning services, early hospital presentation, a high index of suspicion by the attending physician, presence of diagnostic facilities, functional blood bank services and a standard operating theatre.