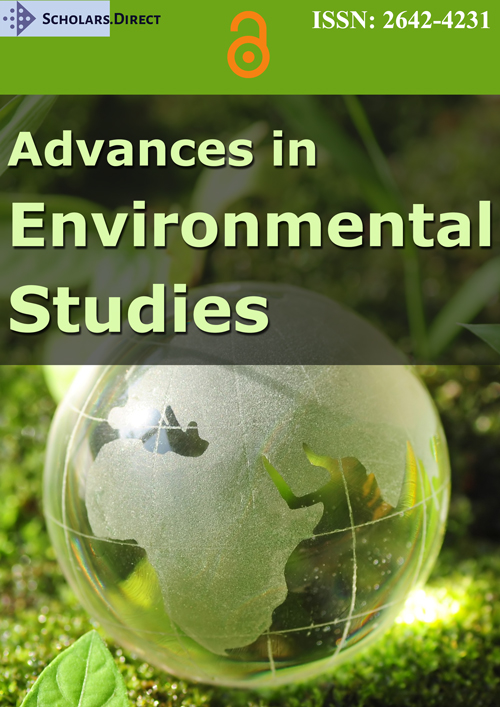 This is the first study, so far, to monitor the plant species composition and the vegetation cover of different communities occurring in Al Rayn city. This study estimates the vegetation of Al Rayn region of Saudi. A maximum of 19 plant species belonging to 13 different plant families were collected and identified to distribute among four plant communities namely: Rhyzastricta, Pulicariacrispa, Citrulluscolocynthis and Acacia ehrenbergiana. The most common plant families were Asteraceae (3 species). The main factors controlling the plant presence were soil texture, pH, CaCO3, Na, Mg, Ca, Cl, EC and the content of organic matter. The majority of the registered species in this survey were perennials with 12 of the total recorded species (63.2%), followed Annuals by seven species (36.8%).

Kingdom of Saudi Arabia is the largest arid land in the Arabian Peninsula, with an area of about 2,250,000 km2. It is approximately located between latitude 15º 450´ N and 34º 350´ N and between longitudes 34º 400´ E and 55º 450´ E (Al-Shareef 2002 [1]; Miller and Cope 1996) [2]. Saudi Arabia is characterized by the diversity of its topography because of its large land forming the bulk of the Arabian Peninsula. There is different topography, as there are the mountains, valleys, sand dunes, plateaus, and plains (Al-Nafie 2004) [3]. These variations are reflected in the country distinctive ecological habitats, vegetation zones and consequently rich flora. It is endowed with a wide range of ecosystems and species diversity, especially in the southwestern region (Fadl, et al. 2015) [4].

Flora of Saudi Arabia includes about 2285 plant species. Approximately 656 species subsist in small populations while, 500 species are coexisting in limited areas. Moreover, around 100 species have been recorded as endangered (Al-Farhan 2011) [10]. These records not only furnish an important baseline for the floristic elements but also give an authoritative knowledge about the distribution of these species. Raudhas vegetation in the central part of Saudi Arabia was analyzed by Shaltout and Madi (1996) [13]. The floristic account of Raudhat Khuraim in the central province was also reported by Al-Farhan (2011) [10]. In addition, comparative ecological studies were also conducted by Al-Ghanim (2002) [14] on the natural vegetation in the Riyadh region. However, few studies have dealt with vegetation analysis and species diversity Saudi Arabia.

The aim of the current research is to study vegetation structure and some environmental conditions which controlling their distribution in fenced sites of Al Rayn city. Beside, this study may consider the first monitoring of vegetation cover of this version area. Furthermore, the life forms, vegetation types and choro types of the gathering species taken into seeing.

Al Rayn city is located in the central region of Saudi Arabiaat the latitude 23º 30´ N and longitude 45º 30´ E, approximately 759 m above sea level, with an area of 240 km2 (Figure 1). It is situated about 150 km south-west of Al Riyadh Province and 60 km south of El-Qwaiaea City. It has two different geological regions; located on the Arabian Shield sector contained of (Metamorphic, plutonic and volcanic rocks) at the west and the other is located in the sedimentary sector (the Arabian Shelf) at the east (Al-Nafie 2008) [15].

The natural conditions and geographical position of the central region (Al Rayn region) of Saudi Arabia is distinctive region, as it occupies a key position between East and west of Arabian Peninsula. The climate of the study area changes drastically from hot dry in low lands to rainy cold in high mountains is characterized by high temperatures especially from June to August when the temperature can exceed than 41.1 ℃, while in the winter months from December to February the temperature is not greater than 20 ℃. The general climate in the study area is hot summer and mild to cold winter. The rainfall is very low with an average of less than 50 mm/ month, and most of the rain falls during spring with almost no rain in the summer. The wind is usually laden with dust from upwind desert areas. In the summer, the humidity is lower than in the winter (Table 1).

Precipitation is also low throughout the study area (Figures 3 and Figure 4). It is noted that the rainy season starts in October and increases in quantity in the following months until April to stop mostly from May, and there is a significant difference in the distribution of rainfall, the month of March is the rainiest rate of about 62.1 mm. The mean annual precipitation decreased to reach less than 233.4 mm in the last year 2018 (Figure 5).

A comprehensive survey of all plants (perennials and annuals), developed and identified according of (Collenette 1990 [16]; Migahid 1996) [17]. Herbarium specimens were saved in the herbarium of the Biology Department, Science College. The current study was carried out during the period 2017-2018. According to the considerable variations in plant cover, more than 12 stands were chosen. These stands represent more than 50% of the total area of Al Rayn area. The studied species were rated according to Braun-Blonquet (1965) [18]. The characteristics of vegetation cover was identified and divided into vegetal communities through some plant measurements (frequency, density and coverage) and then calculate the relative importance of each species in a number of selected environmental sites through exploratory visits taking into consideration that the sites are representative of plant communities using the intersection method Line-intercept, where a 100-meter metric bar is provided at the site and the metric band is divided into equal sections of 25 m. Life forms of the recorded species were identified after (Raunkiaer 1937) [19], as adapted by (Govaerts, et al. 2000) [20]. Phytogeographical affinities were recognized after (Zohary 1957 [5]; Wickens 1978) [21].

Three soil samples were collected from each stand at a depth of 50 cm and mixed together to form a composite sample. The hydrometer method was used to determine the soil texture (Day 1965). Total organic matter was determined based on "Loss on Ignition" method at 550 ℃. Soil water extract was prepared (1:5) by dissolving 100 g air-dried soil in 500 ml distilled water for estimation of pH and electrical conductivity (EC). Soil nutrient elements (Ca, K, Na, Mg, HCO3, CaCO3 and Cl) were measured following the methods described by (Allen 1989 [22]; Ryan, et al. 2001) [23]. All the edaphic variables were assessed statically using COSTAT software for Windows version (4.6) and One-way analysis of variance was applied to assess the significance of variations using SPSS for windows version (25).

According to the classification of Raunkiaer four life forms were recorded, the most numerous life form was chamaephytes (47.4% = 9 species), followed by hemicryptophytes (5 species = 26.3%), phanerophytes (3 species = 15.8%) and therophytes (2 species = 10.5%) (Tables 2, Figure 6). Phytogeographically, the listed species were classified into two groups; monoregional and bioregional. About of 12 species (63.2%) were monoregional. monoregional species fall under three affinities; Saharo-Arabian (6 species = 31.6%), both Tropical and Cosmopolitan (3 species = 15.8%). Biregional elements were represented by 7 species comprising 36.8% of recorded species. Sahel-Somalia represented by 2 species (10.5%). The rest of chorotypes were represented by one species (5.3%) for more details see (Tables 2, Figure 7).

The different types of plant communities in the study area reflect the variation in environmental conditions such as habitat, altitudinal factors and moisture availability. Therefore, four plant communities are identified and arranged according to their dominant species in Al Rayn city (Table 1). Four communities are defined using the elucidation distance cluster analyses between groups of vegetation (Figure 8).

Rhyzastricta community: was characterized by ten plant species (sevenperennials and three annuals). Rhazyastrica was the highest with value (103) and the co-dominated one was Pulicariacrispa with value (84.3). The annual species were Chenopodiumglaucum, Aegilopus peregrina and Fagonia chweinfurthii (Table 2).This community is widely spread on wide hard sandy soil among low rocky hills.

Pulicariacrispa community: was characterized by eleven plant species (seven perennials and four annuals). Pulicariacrispa was the highest with value (103) and the co-dominated one was Senna italica with value (84.3). The annual species were Argemoneochroleuca, Aegilopusperegrina and Fagoniaschweinfurthii (Table 2). This community is widely spread on wide hard Sandy.

Saudi Arabia covers a vast area of the Arabian Peninsula and different environments and climates characterize it. Climate factors and soil characteristics are the most important determinants affecting the identification of species and growing plant communities in any region. The overall picture of vegetation in the study area is undoubtedly the result of Natural factors come in the forefront of climate (Migahid, 1996) [17]. Asteraceae, Poaceae, Fabaceae and Brassicaceae were the most common plant families in this study. Meanwhile, eight families were noted by only one species. These results were in accordance with (Collenette1999 [16]; Al-Nafie 2004 [3]; Moawed and Ansari 2015) [24]. It is worth mentioning that many of the plants that belong to these plant families are characteristic feature of desert zones (Batanouny and Baeshain 1983) [25]. In addition to, many families were recorded with only one species per families. This may be due to the fact that few of these plant species have the ability to cope and adapt with the difficult conditions in these areas (Al-Nafie 2008 [15]; El-Ghanim, et al. 2010 [26]; Al-Sherif, et al. 2013) [27]. Topography and landform and soil texture are the most important factors to determined plant life forms (Al-Farhan, et al. 2005 [28]; Deenik and Yost 2006 [29]; Shaltout, et al. 2010 [30]; Alatar, et al. 2012) [31]. In this study, chamaephytes was the most abundant life formin accordance with (Al-Sherif, et al. 2013 [27]; Al-Sodany, et al. 2013[32]; Seraj, et al. 2014 [33]; Moawed and Ansari 2015 [24]; Osman, et al. 2019) [34]. The dominance of chamaephytes more than other life forms in deserts and semi-desert habitats because of several reasons as topography, biotic influence and dry climate (Zahran 1982 [35] ; Alshammari and Sharawy 2004) [36].

In Saudi Arabia (Mady1996 [13]; El-Ghanim 2000) [14] recognized several plant associations, some of which are comparable to those of the present study (e.g Acacia ehrenbergiana and Rhyzastricta which is comparable to that identified in neighboring countries (El-Bana and Al-Mathnani 2009 [37]; Shaltout, et al. 2010) [30]. The different types of communities in Al Rayn region are governed mainly by habitat factors and moisture availability. The vegetation of Al Rayn region this study fell into four different vegetation communities dominated by Rhyzastricta, Pulicariacrispa, Citrulluscolocynthis and Acacia ehrenbergiana.

© 2021 Alzamel NM. This is an open-access article distributed under the terms of the Creative Commons Attribution License, which permits unrestricted use, distribution, and reproduction in any medium, provided the original author and source are credited.

This is the first study, so far, to monitor the plant species composition and the vegetation cover of different communities occurring in Al Rayn city. This study estimates the vegetation of Al Rayn region of Saudi. A maximum of 19 plant species belonging to 13 different plant families were collected and identified to distribute among four plant communities namely: Rhyzastricta, Pulicariacrispa, Citrulluscolocynthis and Acacia ehrenbergiana. The most common plant families were Asteraceae (3 species). The main factors controlling the plant presence were soil texture, pH, CaCO3, Na, Mg, Ca, Cl, EC and the content of organic matter. The majority of the registered species in this survey were perennials with 12 of the total recorded species (63.2%), followed Annuals by seven species (36.8%).

Figure 8: Hierarchical clustering analysis of the vegetation at the studied region.