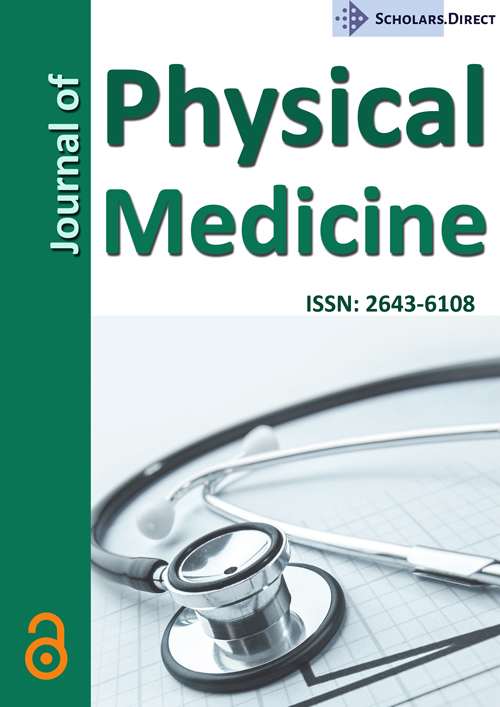 Radial Shock Wave Therapy with "Intelect Prw Lite" for Calcifying Tendinopathy of the Shoulder, Comparative Effectiveness with Conventional Physical Therapy and Follow Up

Radial Shock Wave Therapy with "Intelect Prw Lite" for Calcifying Tendinopathy of the Shoulder, Comparative Effectiveness with Conventional Physical Therapy and Follow Up

Radial shock wave therapy (RSWT) is a well-known treatment for a different variety of musculoskeletal conditions, its efficacy proven by a wide range of scientific research. It is still controversial however in terms of the doses, methodology and the required follow-up activities regarding the treatment of chronic calcifying tendinopathy of the shoulder [1-4].

The purpose of the study is to reveal the criteria for the effective treatment of this pathology and to compare it with the conventional physical modalities used in the clinical practice up until now.

The research comprised of 60 people suffering from calcifying tendinopathy.

Ethiologically [5] they were divided into 3 groups:

- The cause of the illness was linked to chronic microtraumatic damage to the tendons due to stereotypical movements which include the shoulder joint during work, keeping the same posture for a prolonged period of time and etc.

- The cause was related to an acute trauma - dislocations, falls and etc.

- The underlying cause was in a probable relation with metabolic syndrome - the elevated blood levels of uric acid caused the formation of microcrystals in the shoulder joint tendons.

It must be noted however that the exact causes and mechanisms of the disease are not yet fully understood and as such are subject to further scientific research [6].

As for the cause of the study, the subjects were divided into 2 groups:

- Control group (CG) consisting of 30 people, which was treated with basic therapy (TENS, kinesiotherapy and BPI) during a course of 7 procedures.

- Experimental group (EG) of 30 people which was treated by a combination of basic therapy and RSWT with a course of 7 procedures.

The effect of the treatment was exemplified by: sonographic examination [7,8] before and after treatment, after 1 month and 3 months; physical tests for motor skills in the shoulder region (SPADI), scale of pain (VAS) and the range of motion (ROM).

The two groups were treated in two different medical centers in order to eliminate the subjective factors. The basic therapy was funded by the National Health Insurance Fund, whereas the shockwave therapy was paid directly by the patients.

1. History of the illness (months).

2. Number of affected ligaments and size of the calcifications according to the sonographic examination.

5. SPADI (Shoulder Pain and Disability Index) - index of the pain and the restriction in the daily functions of the shoulder.

RSWT was done once a week for 7 weeks. Before the procedure, a sonographic examination was performed in order to measure and mark the calcifications. The dosage for each individual patient was based on the following factors:

- Total hit counts depended on the number of affected muscles, but could not exceed 6000 per day.

- The subjective level of discomfort for the patient - the aim was to reach the maximum tolerance threshold while not causing pain.

Patients were instructed not to take any nonsteroidal anti-inflammatory drugs (NSAIDS) for the next 4 hours in order to avoid suppressing the inflammation caused by the therapeutic procedures, as well not to carry out any other physical therapy in the same day.

Type 3 - Without shadow on the underlying bone

*It must be noted that a very similar classification has been proposed by Farin, et al. [3].

All data is collected and stored in a patient's therapeutic charts.

We have used the Radiological classification of Calcifying Tendinitis by Gartner and Heyer [3], which describes the possible findings as follows:

The patient is situated comfortably, and the position is changed for every treated tendon. The calcifications are measured sonographically and then marked. The transmitter is situated over the marked places and is moved circularly for 2000 hits in one area. Communication with the patient is carried out during the procedure in order not to reach the pain threshold. Over each target we carry out 2000 hits, but not more than 6000 in one day. It is to be noted that the current scientific literature suggests that high energy extracorporeal shockwave therapy is more effective than its low energy counterpart [4].

All measured values were validated and entered into a database for further analysis. Data were statistically analyzed by descriptive statistics, t-test, chi-square and one-way ANOVA. Statistical significance was set at p < 0.05. All statistical analyses were performed using SPSS v. 20 (Figure 1 and Figure 2).

As illustrated above, we find no statistically significant differences between the two groups of the study in terms of sex distribution, affected shoulder joint, mean age and past medical history. Therefore, the two groups can be successfully analysed and may provide convincing results (Figure 3 and Figure 4).

We can conclude from the above diagrams that there is a significant improvement in the SPADI and VAS scores, ROM, and reduction in the size of calcifications after treatment in both groups - control and experimental (Figure 5 and Figure 6).

The diagrams clearly show the significant improvement in the therapeutic outcome after the addition of RSWT in the treatment plan of the experimental group. Once again, we note the SPADI and VAS scores, the calcification sizes, and the ROM.

After therapy, we observed the following: In patients with chronic microtraumatic damage, the calcifications were smaller, but were present in all the tendons of the rotator cuff and the results of treatment were relatively quick - the full resorption was noted at around the 7th therapy session.

In patients with acute traumatic injuries, the calcifications were larger and were present in the tendons of muscles which had been damaged in the trauma, and thus needed more therapy sessions to fully resorb.

In patients with metabolic syndrome, the calcifications were multiple and were noted in almost all of the tendons of the rotatory cuff, but were managed quickly - in around 7 sessions, however during the follow-up appointments we found out that recurrence was often and there was a tendency for the other previously healthy shoulder to be damaged as well.

If we have to make a conclusion as a whole and not only by ethiological groups, we must note that none of the patients reported side effects or discontinued the treatment. All patients experienced a decrease in pain after the first session. ROM gradually improved during the course of treatment. Normal movements were obtained after about 4-7 procedures. Combining RSWT with other physical factors and kinesiotherapy statistically shortened the length of the therapeutic process. Follow-up appointments on the first month showed further reduction in the size of the calcifications, and that tendency was present in the third month as well.

The authors declare no conflicts of interest. The study has not received external financing.

© 2022 Simeonova et al. This is an open-access article distributed under the terms of the Creative Commons Attribution License, which permits unrestricted use, distribution, and reproduction in any medium, provided the original author and source are credited.

Figure 3: Comparing SPADI, VAS, the size of calcifications and ROM before start of PT.

Figure 4: Results after PT in the compared groups.

Figure 5: Results in EG before and after RSWT.

Figure 6: Results in EG before PT and after RSWT.