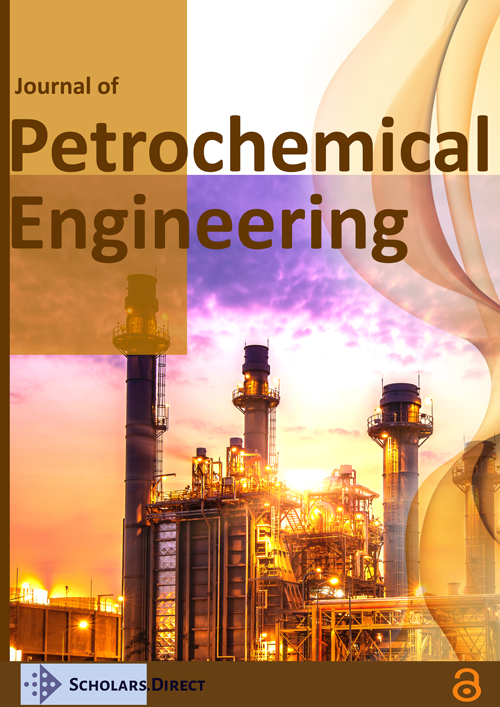 Oil/water separation is important due to increasing industrial oily-waste water in the oil and gas industry [1, 2]. The traditional way to separate oil-water in the industry is by using a gravity-based separator [3,4]. Oil and water separate in the separator because of the difference in specific gravity; oil will move to the surface of the water, while water will move to the bottom of the separator. Keller [5] devised a method to study multiphase flow with oil density between 11 to 70 API gravity. In the study, multiphase flow was injected into the separator, passing through a filter media system designed to collect oil droplets. Lars Schlieper, et al. [6] conducted an experiment in 2004 to investigate the separation behavior of a horizontal gravity separator with three different inner components. This study mainly focused on how inflow to the plate, the plate material, and the distance between the plates influenced the separation length of the separator. They proved that separators with inner components, like plates, can significantly reduce separator length compared to other separators. In 2009 Fitnawan, et al. [7] introduced a new design in gravity separators: the inclined gravity down hole oil-water separator. They found that using this new structure, they were able to increase separation efficiency up to 82%. Krebs, et al. [8] used a kinetic analysis to estimate the relationship between coalescence time and mean droplet diameter in the oil and water multiphase fluid system. They stated that the growth of separated oil and mean droplet diameter followed as a function of time ex-situ to quantify the kinetics of coalescence. In the oil-water two-phase RSM model Liu, et al. [9] tested the velocity, pressure, and oil concentration distribution of the cyclone separator. The results of this simulation provided the basis for improvements and optimizations to the design of the cyclone separator structure.

Separation efficiency relies on the design of the separator and the operating conditions. This research examines the relationship between flow rate, oil volume fraction, temperature, and oil concentrations. The objective of this paper is to determine three operating factors, which is flow rate, oil volume fraction and temperature, and their effects on oil-water separation efficiency in a gravity separator.

Figure 1 presents a 3D Solid Works image of the experimental setup. The properties of oil and water in this study are given in (Table 1). Both oil and water were transferred from the storage tanks with a pump to the test section made of 1-inch PVC pipe. Oil and water entered the test section from two pipes via a T-junction. Two pressure sensors and flow meters with a maximum capacity of 10 GPM were located in each of the flow lines (water and oil). After the pumps, each fluid had a bypass pipe to control the flow rate in the main line. The multiphase fluid flowed into the separator tank, where the oil and water were separated.

The traditional one-factor-at-a-time (OFAT) method has very limited ability when there are many factors for an experiment. Using OFAT method to examine the interactions between flow rate, oil volume fraction and temperature requires a large number of experiments, and it is also hard to find interactions between the factors [11,12]. Therefore, the Design of Experiment (DOE) method has been used. DOE is a methodology for systematically and statistically design experiments and analyzes data. The analysis of variance (ANOVA) method is used to analyze the data [13]. DOE is more efficient and capable and is able to reduce the number of experiments significantly without losing the desired data points.

The main purpose of this paper is to study the interaction between variables, therefore, a two-level, three-factor, face-centered composite design (23) from the response surface methodology (RSM) was used to investigate the effects of three factors: flow rate (v), oil volume fraction (vof), and temperature (T) on the response of the oil concentration. The RSM method is the most popular mythology in DOE to design three variables with maximum information and minimum experimental tests. The factors and levels are shown in Table 2. A specific run sheet was generated by the Design Expert Software. The oil concentration was calculated by taking nine 25 ml samples for each run, then an analytical balance was used to weigh the samples, Wtotal. A centrifuge separator was used to separate the oil and water samples completely. The separation operated at 8500 rpm, for 25 min for each sample. After the second separation process, water was removed from the bottom of the samples with a syringe pump. Then the analytical balance was used to measure the weight of oil, Woil.

In most of the real cases, the oil volume fraction is less than 0.5 in the oil-water multiphase flow. The minimum oil volume fraction 0.2 was designed according to the measurement range of flow meter, which is from 0.1 to 10 GPM. Base on the temperature limitation of glue which is used to connect the pipeline of this experimental setup, temperature range from 20℃ to 32℃ was selected in this study. In this study, the oil-water separation efficiency is represented by oil concentration.

According to Kline and McClintock [14], in general, if n measurements vn are being made, each with a measurement tolerance of wn, and a function R is calculated using the measured values, then the uncertainty or tolerance in the calculation can be determined as:

Based on Eq. (4), for the oil concentration uncertainties of this experiment, Eq. (3) only has one variable, therefore, wR is determined by the accuracy of the analytical balance, which around 0.0001.

As shown in Figure 2 and Figure 3, under lower oil volume fraction and lower temperature, separation efficiency improved with the increase of flow rate. The possible reasons for this result were explained by Carlos, et al. [15] in 2001. One reason is a higher flow rate means shorter residence time but higher acceleration forces. However, lower flow rates mean longer residence times but lower acceleration forces. In addition, Jiang, et al. [16] and Liu, et al. [17] found that when the flow rate is lower than 20 GPM, the separation efficiency increases with the flow rate. As they explained, another reason is that large flow rate breaks oil droplets into smaller ones, and this increases the emulsification degree of the multiphase fluid. This discourages the separation. On the other hand, a higher flow rate improves the motion of the liquid inside a separator, which is beneficial for oil-water separation.

The authors wish to thank the Dr. Zongming Wang for his support on building experimental setup. The authors are also thankful for the financial support from the Natural Sciences and Engineering Research Council of Canada (NSERC) and the Research & Development Corporation (RDC) support for building the flow loop.

© 2021 Weiwei E. This is an open-access article distributed under the terms of the Creative Commons Attribution License, which permits unrestricted use, distribution, and reproduction in any medium, provided the original author and source are credited.

Figure 3: The effect of flow rate and temperature on oil concentration, vof = 0.32.