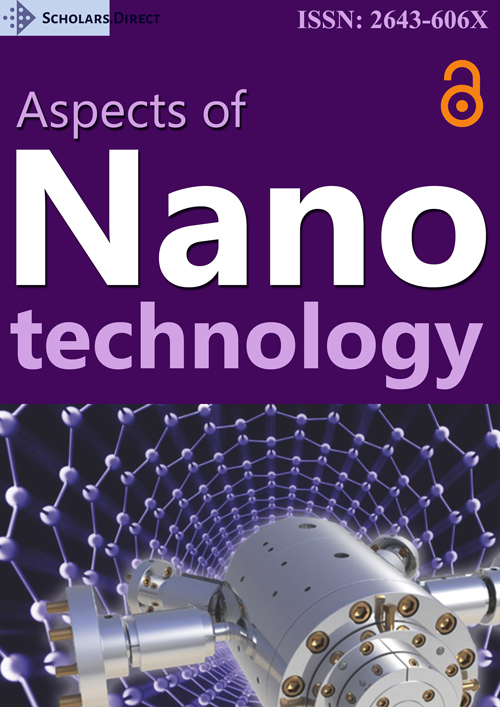 Synthesis of a Silver Nanowire Array on Cu-BTC MOF Micropillars

Synthesis of a Silver Nanowire Array on Cu-BTC MOF Micropillars

An array of Ag nanowires has been prepared from a facile, templated approach on Cu(BTC) (1,3,5-benzenetricarboxylic acid) metal organic framework (MOF) micropillars. The Ag-deposited scaffolding material may be used to prepare electronic or optoelectronic device for various applications.

Silver (Ag) nanowires have been used to build a variety of nanoelectronics [1,2] and optoelectronic devices [3,4]. Most of those applications are due to the high electrical and thermal conductivity of the silver metal. Recently, Ag nanowires have also been used for chemical imaging, sensing [5], photonics [6], plasmon [7], surface-enhanced Raman scattering (SERS) [8] etc. Due to the high surface area of Ag nanowires, they are also promising materials for catalytic reactions and energy storage [9-11].

Over the past two decades, a variety of synthetic approaches have been developed for the synthesis of Ag nanowires. The major methods include:

1) reduction of Ag+ in an aqueous solution [12], which is called the "wet chemical synthesis". This method usually produces nanowires with a wide size distribution, and most of the time a "seed" is required for the nanowire growth

2) Electrochemical deposition in templates [13] as a "Vapor-liquid-solid" method [14]. This method generally produces a good morphology of the nanowires [15]

3) Microwave-assisted aerobic synthesis, which is a facile and rapid process to synthesize Ag nanowires [16]

4) "Successive multistep growth" method [4], which can be used to prepare long Ag nanowires by controlling the experimental condition to reduce AgNO3.

It is noteworthy that among these nanowires, the synthesis and applications of nanowire arrays is of special interest because of its unique structure. So far, the only method to prepare Ag a nanowire array is the templated method [17-19]. Porous materials, such as anodic aluminum oxide [20,21], provide a one-dimensional channel for Ag to grow within. Ag nanowires arrays can be used in fabricating unique devices, such as electrochemical sensor [18], SER substrate for biosensing [21,22] multicolor subwavelength imaging [20 ] etc.

In this short communication, we report our discovery that an array of Ag nanowires can be prepared from another templated approach on Cu(BTC) (1,3,5-benzenetricarboxylic acid) micropillars [22].

The Ag nanowire array was prepared using a two-part self-assembly process; first, the fabrication of Cu(BTC)∙3H2O metal organic framework (MOF) micropillar crystals on a Au surface and then photoreduction of Ag onto top facet of the MOF crystals. In typical experiments [23] 50 mg of BTC was partially dissolved in 10 mL of distilled water and stirred for 15 minutes at room temperature. The saturated solution was then filtered, and 8 mL of the filtrate was added to a clean 20 mL vial. To this, 8 mL of a 30 mM CuSO4•5H2O solution was mixed with the saturated/filtered BTC solution. A gold substrate 1 cm x 1cm was immersed into the solution for ~24 hours to product the Cu (BTC)∙3H2O MOF micropillars as cyan crystals oriented vertically from the surface. Density of the number of MOF crystals can be influenced by wet-etching (using aqua regia, HNO3: HCl, 1:3 v/v) or physical abrasion of the Ag surface, with the results published [23]. Scanning electron microscope, SEM, and digital images of Cu (BTC)∙3H2O MOF crystals can be seen in (Figure 1a, Figure 1b).

It has been previously demonstrated that Ag+ reduced onto HKUST-1 MOF crystals has a SERS effect [23]. We applied the same Ag reduction onto the previously studied Cu(BTC)∙3H2O nanopillar crystals. To deposit Ag onto the MOF micropillar crystals, a Au substrate containing Cu(BTC)∙3H2O crystals were immersed in a vial containing a 10 mL 0.1 M AgNO3 solution. The samples were irradiated in a UV reactor (Rayonet, sixteen 35 W 2537A° UV bulbs) operating at room temperature to promote to photoreduction of Ag. Silver wire nucleation can be achieved anywhere from 5 minutes to 2 hours, depending on desired Ag density. Substrates were then removed from the reaction vials and soaked in a distilled water bath for several minutes. Upon drying samples were analyzed using SEM to obtain surface morphologies.

Ag nanowires typically collapse onto one another after drying (Figure 1d), most likely induced by capillary forces. This nano cohesion effect has been observed extensively by numerous authors [24-26]. Control experiments shows that Ag does not form an ordered nanowire array on silicon or glass surfaces under the same conditions, but random wires or irregular crystals (Figure 2).

In summary, we report that an array of silver nanowires can be scaffolded onto a Cu (BTC) MOF micropillar. The formation mechanism is under investigation. This Ag-deposited scaffolding material would be a cheap alternative to building an electronic or optoelectronic device for various applications, which is also under investigation in our group. Furthermore, we are investigating whether the Ag nanowire array can be prepared on a larger 2D MOF surface and the results will be publish in due course.

© 2021 Qiao Z. This is an open-access article distributed under the terms of the Creative Commons Attribution License, which permits unrestricted use, distribution, and reproduction in any medium, provided the original author and source are credited.

An array of Ag nanowires has been prepared from a facile, templated approach on Cu(BTC) (1,3,5-benzenetricarboxylic acid) metal organic framework (MOF) micropillars. The Ag-deposited scaffolding material may be used to prepare electronic or optoelectronic device for various applications.

Figure 2: SEM image of photo reduced Ag onto glass surface (left) and silicon surface (right) in after the UV treatment of a 0.1 M solution of AgNO3.