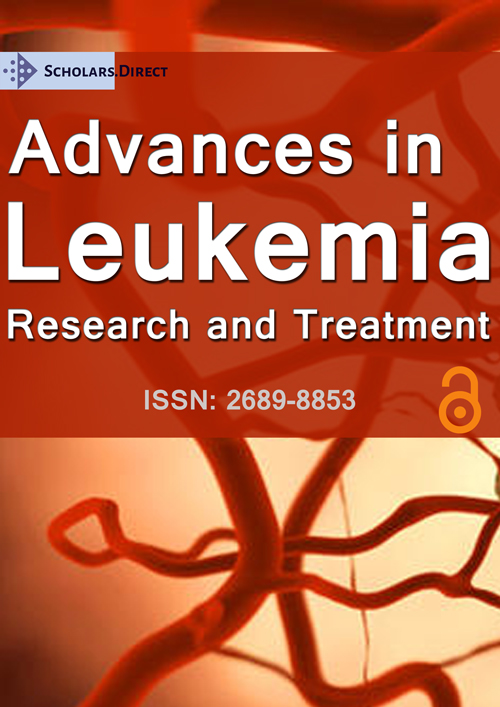 Introduction: The finding of large granular cells is relatively frequent when reviewing a blood smear for lymphocytosis (or for any other reason). The presence of these cells opens the question as if they are part of a T-cell non-clonal reactive process or indicate the presence of a clonal population (yet not necessarily neoplastic).

Patients, Material, Methods: We studied the status of T-cell receptor (germinal vs rearranged) along with some phenotypic characteristics, mainly CD57 expression, in 131 cases of T-cell lymphocytosis.

Conclusion: These phenotypic changes, mainly CD3/CD57 co-expression, should not be taken as surrogate markers for actual TCR status, but may be of help for taking the decision on the relative urgency for ordering a TCR rearrangement study or any alternative analysis in the clinical setting.

What is the novel aspect of our work? Lymphocytosis accompanied by the presence of granular lymphocytes is frequently found in peripheral blood analysis ordered by multiple reasons. They are usually CD8+ T lymphocytes of reactive origin but that may also represent a T-cell clonal proliferation. Distinguishing between these two situations in the immediate clinical setting is important.

What is the central finding of our work? On the basis of a standard flow cytometric analysis, the presence of some abnormalities in the expression or, alternatively, the lack of expression of some T-cell markers, shows a good correlation with T-Cell clonality established through molecular techniques.

What is (or could be) the specific clinical relevance of our work? In the clinical setting of a given patient, and if the phenotypic analysis has not included yet more specific markers, the abnormalities described in our work, mainly the value of the CD3/CD57 subset, may be highly predictive of the final result on the state of TCR. In front of the clinical dilemma “what to do next” when finding T-cell lymphocytosis, or large granular cells in an otherwise normal lymphocyte count, the findings described in our work could be of help for indicating or not a more complete analysis of T-cells.

The finding of granular cells when analyzing peripheral blood (PB) smears for lymphocytosis is relatively frequent. Most of the times these elements are normal NK or T-cells with a CD8 phenotype that can increase in number as a reaction to different antigenic stimuli. However, the presence in PB of the same type of granular cells may also be indicative of a neoplastic disorder such as T-cell large granular lymphocytic leukemia (T-cell LGL leukemia). This form of leukemia is characterized [1] by the persistence of lymphocytosis ( > 2.0 x 109/L) with large granular lymphocytes (LGL) for more than 6 months, without an identifiable cause. Obviously, this leukemia is a clonal disorder and as such, T-cell receptor is rearranged. Phenotypically, these cells may lose some pan-T markers, are mainly CD8 positive, and express CD57. However, this last antigen may also be expressed in a variable percentage of non-clonal, reactive T-cell lymphocytosis with granular morphology undistinguishable from those described in T-cell LGL leukemia [2]. As from the clinical point of view it is important to differentiate a polyclonal from a clonal condition, we set out to analyze the correlation between phenotypic findings, mainly CD57 expression, and TCR gamma rearrangements.

In the period 2008-2018 a total of 131 samples corresponding to 131 different patients were studied at our laboratory because of the finding of lymphocytosis. The majority of these samples were submitted to our flow cytometry unit (that serves an area of 800,000 inhabitants) for typifying a lymphocytosis discovered in a previous complete blood count ordered by different causes. Cases with a previously known T-cell lymphoproliferative disorder or with a clearly defined phenotype allowing a diagnosis of T-cell neoplasia (i.e., Sézary syndrome, angioimmunoblastic lymphoma, prolymphocytic leukemia, anaplastic T-cell lymphoma, T-cell lymphoma NOS) were excluded. In 10 of these 131 samples the lymphocyte count was lower than 2.0 x109/L cells when performing the phenotypic study but they were included in our series because of the presence of frank lymphocytosis on a former analysis or because when a blood smear was reviewed as part of the protocol for studying cytopenias, the presence of granular cells was judged as remarkable.

The samples were collected in K3EDTA anticoagulant tubes of the Vacutainer System (Becton-Dickinson, Rutherford, NJ, USA) and complete blood counts were performed on the Unicel DxH800 automated hematology analyzer (Beckman Coulter, Miami, FL, USA) within 6 hours of collection. Blood smears were stained with May Grünwald-Giemsa and the percentage of granular elements was counted by light microscopy over a total of 100 lymphocytes. All PB samples were studied less than 24 hours after withdrawal by flow cytometry (FC500 until 2016 and Navios onwards, both from Beckman Coulter, Miami, FL, USA). The used markers and flurochromes, clone and manufacturer are described in table 1. TCR rearrangements were studied by multiplex PCR reactions using BIOMED-2 primer sets [3].

Kolmogorov-Smirnoff test was applied to verify the Gaussian distribution. Correlation studies were done by Spearman Rho test. Results between clonal and non-clonal disorders were compared with Mann-Whitney U test and the diagnostic power of the different markers was evaluated by the analysis of receiver operating characteristics (ROC) curves. Both univariate and multivariate analyses were performed using a logistic regression model with a 95% confidence interval (95% CI) for the odds ratio (OR). The results were analyzed using the statistical package SPSS v 20.0, and considered to be significant when p < 0.05.

The main characteristics from our series are:

No statistically significant differences were detected depending on the status of TCR (Table 2). In some samples with TCR rearrangement, this percentage was very low (1-2%) whereas it was high ( > 40%) in some samples with non-rearranged TCR.

Upon multivariate analysis using as response variable rearranged TCR, expression CD3/CD57+ above 24% (percentile 50) and the same covariates as described above, we obtained a model in which only the expression of CD3/CD57+ (OR 4.182; 95% CI 1.689-10.353; p = 0.002) has an independent predictive factor for rearranged TCR among the studied patients.

The finding of granular cells when reviewing a peripheral blood smear for the study of lymphocytosis or a cytopenia is relatively frequent. Although in most of the cases these cells appear as a reaction to diverse antigens, its presence may raise concern on the presence of a T-cell LGL leukemia. In this form of leukemia TCR is rearranged, phenotypic inconsistencies are frequent and T-cells express the antigen CD57 in > 80% of cases [1]. However, as CD57 may also be present on T-cells in reactive processes accompanied by the presence of granular cells, we set out to study if the expression of this antigen (CD57) could be indicative of the clonality of the T-cell population.

In our series of 131 samples, T clonality (TCR gamma rearrangement) was detected in 80 cases. Although this figure may be surprising, it has to be borne in mind that our work is not a systematic or prospective study of T-cell lymphocytosis, but a retrospective analysis of the results obtained in 131 patients referred to our cytometry unit, mostly from other hospitals or centers. However, as can be inferred from our results, a TCR rearrangement (“clonality”) was highly associated with the expression of CD57 by T cells. As can be seen in table 2, TCR rearrangements were associated with a higher percentage of T-cells expressing CD57 in comparison with the co-expression of CD57 when no rearrangements were detected.

Other phenotypic abnormalities were also more frequent when TCR was rearranged. Besides some occasional loses of CD2 and CD5 pan-T antigens, the most frequently observed abnormalities were a lower percentage of CD7 expression and the presence of cells with double positivity CD4/CD8 in more than 5% of T-cells. The under-expression of CD7 was observed in both groups of patients, and although the loss was more frequent in TCR rearranged cases, the phenomenon was also evident when TCR was in germ-line configuration. This finding has been previously reported [4,5,6] yet with differing values. On the other hand, the presence of T-cells with a CD4+/CD8+ phenotype ( > 5% of T cells) was more frequent when TCR was rearranged. The presence of an increase in the percentage of double positive cells has been described in reactive processes since the nineties [7,8]. It is also of notice that our clonal cases were more frequently associated with male sex than the reactive ones. Although univariate analysis showed that the percentage of CD3/CD57 lymphocytes and male sex were associated with TCR rearrangement, only the percentage of CD3/CD57+ cells remained as predictive of TCR rearrangement when multivariate analysis was performed. Several models were analyzed combining the different variables studied (data not shown) and none improved the results obtained for CD3/CD57+ alone.

TCR rearrangements were detected in 3/10 cases with a lymphocyte count lower than 2.0 x109/L, a fact also previously described [9] and that emphasizes that T-cell clonality should not be excluded a priori when the absolute lymphocyte count is normal. This situation allowed some authors to coin the term T-cell clonopathy of unknown significance (TCUS) [10] and T-cell immunoclone (TICs) [11]. Unfortunately, given that the majority of these 131 cases were referred from other hospitals or centers of our influence area, it has not been possible to track the clinical course of the majority of those in whom T cell clonality was detected.

By no means the coincidence of some of these factors (CD3/CD57 expression higher than 20%, male gender, partial loss of CD7, CD4/CD8 double population) should be considered as a surrogate for ordering a TCR analysis by means of molecular biology methods or through the use of the recently introduced monoclonal antibody TRBC-1 [12] directed against the T-cell receptor beta chain constant region 1. In the clinical setting of a given patient, and if the phenotypic analysis has not included yet anti TRBC-1, the abnormalities described in our work, mainly the value of the CD3/CD57 subset, may be highly predictive on the state of TCR. In front of the clinical dilemma “what to do next” when finding a T lymphocytosis, or large granular cells in an otherwise normal lymphocyte count, if the CD3/CD57 cells percentage suggests a non-clonal disorder a wait-and-see behavior may be appropriated. Otherwise, if in the context of a T lymphocytosis (or even with a presently normal lymphocyte count) the classical phenotypic analysis suggest clonality, a TCR study by PCR or by the use of the novel monoclonal antibody TRBC-1 [13,14] should be ordered with the aim of confirming or excluding a possible T-cell neoplstic disorder, although it has to be also considered the possibility of reactive processes with T-cell clonality [15], ageing [16], or a TCUS or the presence of TICs, as has been described [9,10,11].

© 2022 Juncà J. This is an open-access article distributed under the terms of the Creative Commons Attribution License, which permits unrestricted use, distribution, and reproduction in any medium, provided the original author and source are credited.

Introduction: The finding of large granular cells is relatively frequent when reviewing a blood smear for lymphocytosis (or for any other reason). The presence of these cells opens the question as if they are part of a T-cell non-clonal reactive process or indicate the presence of a clonal population (yet not necessarily neoplastic).

Patients, Material, Methods: We studied the status of T-cell receptor (germinal vs rearranged) along with some phenotypic characteristics, mainly CD57 expression, in 131 cases of T-cell lymphocytosis.

Conclusion: These phenotypic changes, mainly CD3/CD57 co-expression, should not be taken as surrogate markers for actual TCR status, but may be of help for taking the decision on the relative urgency for ordering a TCR rearrangement study or any alternative analysis in the clinical setting.

Figure 1: Expression of CD3/CD57 in patients with clonal and Non-clonal TCR.