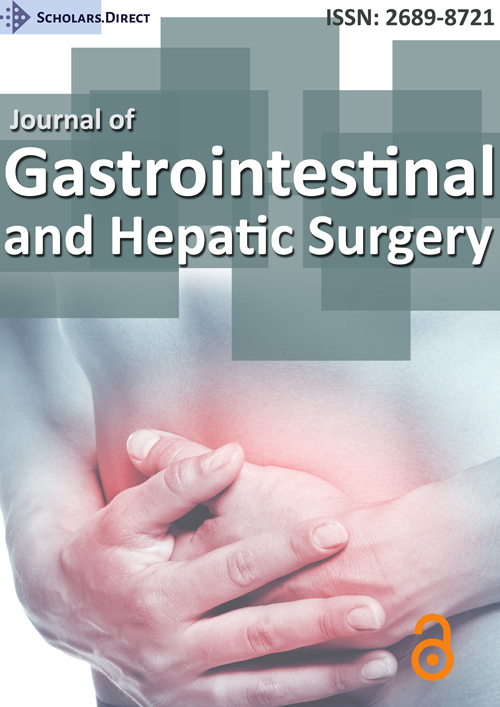 A 47-year-old female with history of chronic alcohol-related pancreatitis presented with dysphagia and mild weight loss. Esophagram demonstrated a stricture of the distal esophagusre sembling a bird's beak (Figure 1). Esophagogastroduodenoscopy showed a nonrelaxing distal esophagus, with balloon dilation unsuccessful in relieving her symptoms. Magnetic resonance imaging demonstrated a pancreatic duct stricture (Figure 2, arrow) with upstream 6 cm × 5.3 cm pseudocyst (Figure 2, asterisk) compressing the distal esophagus. Endoscopic ultrasound did not reveal evidence of a pancreatic mass, and cystgastrostomy was attempted but not feasible due to the proximal location of the pseudocyst. Endoscopic retrograde cholangiopancreatography (ERCP) demonstrated a high-grade stricture at the genu with upstream pancreatic duct (PD) dilation and communication with the pseudocyst, thus transpapillary pseudocyst drainage with a double pigtail stent was performed while stenting the PD stricture (Figure 3). Stricture brushings were negative for malignancy. After serial PD stenting during subsequent ERCPs, the patient's dysphagia, PD stricture, and pseudocyst resolved.

Dysphagia due to pseudocysts is rarely reported. This is usually due to mediastinal extension of a pseudocyst via the retroperitoneum. This case highlights that other differentials in addition to achalasia should be considered when encountering bird's beak on esophagram in a patient with chronic pancreatitis.

Dr. Grace Kim and Dr. David Lo do not report any relevant conflicts of interest.

© 2020 Kim GE, et al. This is an open-access article distributed under the terms of the Creative Commons Attribution License, which permits unrestricted use, distribution, and reproduction in any medium, provided the original author and source are credited.