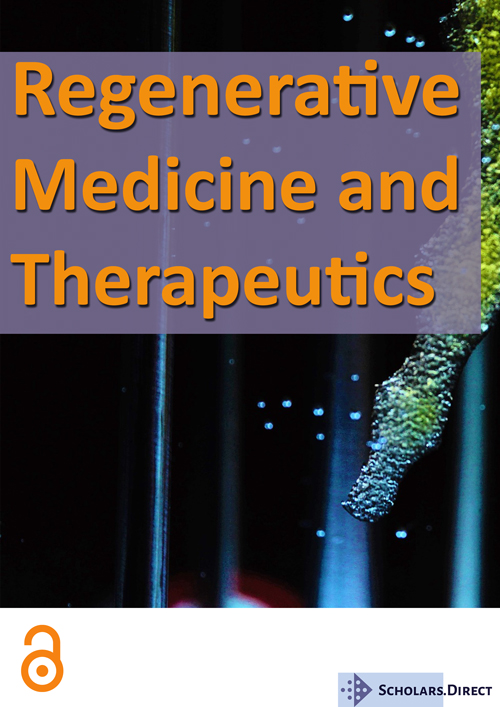 This study supports a mechanism of action by which BioCartilage promotes hyaline cartilage gene expression that may ultimately influence the pro-chondrogenic differentiation of stem cells. The data also suggests that BioCartilage inhibits genes associated with bone formation which is important for maintaining cartilage regeneration in microfracture procedures, and may enhance genes associated with blood vessel formation, which has a more ambiguous role in chondrogenic differentiation.

Articular cartilage injuries are highly prevalent and can cause significant morbidities including pain, joint dysfunction, and progression to osteoarthritis [1-3]. Due to the low regenerative capacity and avascular structure of cartilage tissue, these lesions have a limited capacity to heal spontaneously [4-7]. Thus, surgical intervention is often required. In older patients, these lesions can be managed effectively with arthroplasty. However, arthroplasty procedures are not ideal for younger patients due to concerns regarding implant durability, residual functional limitations, and an increased likelihood of multiple revision surgeries [2,8-11].

As an alternative to arthroplasty, many surgical interventions aim to treat lesions by stimulating regeneration using endogenous cells, such as mesenchymal stem cells [12]. The most commonly used of these procedures is microfracture [13], a single-stage, low-cost option for treating articular cartilage defects [5]. Microfracture involves piercing the subchondral bone in order stimulate the migration of endogenous stem cells from the bone marrow, which in turn facilitates cartilage regeneration [14]. However, the outcomes of these procedures can be suboptimal. Surgical outcomes are highly dependent on certain patient factors, including body mass index (BMI) and the size and location of the lesion [15]. The neocartilage formed after microfracture is also more fibrous than hyaline in quality, and lacks the biomechanical properties and durability of native articular cartilage [16-19]. Clinical studies have found that following an initial improvement after microfracture, a subsequent decline in patient-reported activity scores was observed in 47% of athletes, and only 44% of athletes were able to return to regular participation in high-impact, pivoting sports by 48 months post-operation [20].

The purpose of this study was to better understand the complex role that micronized allograft cartilage plays in tissue regeneration. Specifically, this study focused on the use of BioCartilage (Arthrex Inc., Naples, FL), a proprietary micronized allograft cartilage product. In vitro experiments using two different cell types were conducted to evaluate the epigenetic effects of this material with the aim of better elucidating its influence on cellular differentiation as a potential target for use in the clinical setting.

Human mesenchymal stem cells (MSCs) were isolated from the bone marrow of donors. The cells were expanded in culture using DMEM/F-12 growth media (Cellgro, Manassas, VA) with 10% fetal bovine serum (FBS) and 1% antibiotic-antimycotic solution (Cellgro). The cultures were incubated in a 5% CO2, 95% humidity water-jacketed incubator at 37 ℃. The cells were collected at passage 3 and seeded in monolayer onto standard 12-well plates. Upon reaching 90% confluence, the cells were exposed to one of four treatments: 1) Standard growth media only, which served as a control; 2) Media plus 3.5 mg of BioCartilage; 3) Media plus 5% inactivated human PRP; 4) Media plus BioCartilage and PRP. Quantitative reverse transcriptase polymerase chain reaction (qRT-PCR) was performed to measure the relative expression of three genetic markers associated with the hyaline chondrogenic phenotype: Type II collagen (COL2), aggrecan (AGG), and SYR-Box 9 (SOX9) [25]. qRT-PCR was performed on day 3, day 7, and day 14 of treatment exposure. One-way analysis of variance [26] was used to compare gene expression among treatment groups and timepoints. P values less than 0.05 were considered statistically significant.

Adipose-derived stromal cells (ADSCs) were isolated from human donors and cultured using standard growth media and incubation protocols as described above for MSCs. At passage four, the cells were harvested and seeded in monolayer onto 12-well plates and exposed to one of two treatments: 1) Osteogenic culture media, containing DMEM/F-12 + 10% FBS + 100 nM dexamethasone + 200 µM sodium ascorbic acid + beta-glycerophosphate, which served as a control group; or 2) Osteogenic culture media plus BioCartilage.

In addition to being cultured in monolayer, ADSCs were also cultured in pellet structure using chondrogenic media (DMEM/F-12 + 1% FBS + 1% insulin-transferrin-selenous acid (ITS) supplement + 10 nM dexamethasone + 200 µM sodium ascorbic acid + 10 nM transforming growth factor beta-3 [TGF-β3]). After formation of a pellet, the cells were then treated with either osteogenic media only or osteogenic media plus BioCartilage.

Both the monolayer and the pellet groups were analyzed at day 14 using qRT-PCR to measure relative expression of genes associated with an osteogenic phenotype [27], including runt-related transcription factor 2 (RUNX2), alkaline phosphatase (ALP), and osteocalcin (OCN), as well as genes associated with an angiogenic phenotype [28], including vascular endothelial growth factor A (VEGFa) and CD31. P values less than 0.05 were considered statistically significant.

Articular cartilage injuries are a common cause of significant joint disability. Thus, finding adequate treatment options to improve quality of life for affected patients is imperative. Marrow stimulation procedures are designed to access the mesenchymal cells present in the subchondral bone so that these cells may fill the cartilage defect and differentiate into cartilage tissue. Microfracture is the most commonly employed marrow stimulation procedure, as it is an attractive, low-cost, single stage option for treating articular cartilage defects. However, patients often have residual functional limitations after microfracture, likely related to the fact that the resulting neocartilage is typically more fibrous than hyaline in quality. Researchers are continuously searching for new methods to obtain a more hyaline-like tissue fill of the cartilage defect in order to achieve improved mechanical properties and better long-term outcomes. Micronized matrix allograft cartilage products such as BioCartilage have emerged as a promising new adjunct to microfracture procedures that can augment surgical outcomes. However, little is currently known about the effects of such adjunctive therapies on the cellular level. This study offers important insight into the epigenetic effects of BioCartilage on multipotent stem cells, which in turn may provide a better understanding of how micronized matrix allograft cartilage acts to regenerate cartilage tissue and subsequently improve joint function.

The data from this study demonstrates that MSCs treated with BioCartilage undergo an epigenetic upregulation in SOX9 and COL2 gene expression at various timepoints. This suggests the MSCs were exhibiting pro-chondrogenic behavior, as SOX9 and COL2 are markers of a hyaline cartilage phenotype. MSCs treated with PRP alone tended to demonstrate a decrease in SOX9 and AGG gene expression, indicating a possible inhibition of cartilaginous differentiation. However, the combination treatment of both BioCartilage and PRP showed a strong synergistic effect on increasing the expression of COL2 and AGG genes at the day 7 timepoint. This implies that the MSCs were undergoing the greatest degree of pro-chondrogenic hyaline gene expression after 7 days of BioCartilage + PRP treatment. It also supports the idea that a combination of BioCartilage and PRP may serve as a powerful means for augmenting hyaline cartilage formation in microfracture procedures.

In the second phase of this study, ADSCs cultured in both monolayer and pellet form were treated with BioCartilage to examine the behavior of both osteogenic and angiogenic genes and to identify possible competition with the chondrogenic pathway. RUNX2, OCN, and ALP were used as marker genes to assess pro-osteogenic behavior. The addition of BioCartilage did not result in any statistically significant difference in RUNX2 or OCN gene expression in the monolayer nor pellet group. However, ALP gene expression was significantly decreased in the BioCartilage-treated groups in both the monolayer and pellet forms. ALP is an important marker of osteogenic differentiation, and these results suggest BioCartilage was downregulating genes associated osteogenic maturation of the ADSCs to some degree.

CD31 and VEGF were used as marker genes to measure the epigenetic influence of the micronized matrix allograft material on angiogenic factors. Treatment with BioCartilage resulted in a decrease in CD31 gene expression in both the monolayer and pellet ADSC cultures. A decrease in CD31 expression, an endothelial cell surface marker used to detect angiogenesis [28], suggests that BioCartilage was acting to suppress angiogenic differentiation and the formation of new blood vessels. Since cartilage tissue is avascular, this is consistent with the idea that BioCartilage promotes chondrogenic differentiation. The data also revealed a significant increase in VEGFa gene expression in the BioCartilage-treated pellet culture compared to the control pellet. VEGFa is a member of the platelet-derived growth factor (PDGF)/vascular endothelial growth factor (VEGF) family and induces angiogenesis and migration of endothelial cells to form new blood vessels. While this initially seems at odds with the suppressed CD31 expression, VEGF has also been found to be a crucial factor in promoting chondrocyte survival and maturation [29,30]. Therefore, this suggests that while BioCartilage may inhibit the proliferation and growth of endothelial cells through suppression of CD31, it may also support chondrogenic differentiation of the ADSCs through a promotion of VEGFa. However, this picture is confounded by studies that have shown increased VEGF expression by ADSCs can inhibit chondrocyte phenotype and induce chondrocyte apoptosis [31].

Overall, the results of this study indicate that BioCartilage promotes the epigenetic upregulation of pro-chondrogenic - and more specifically, pro-hyaline - genes by multipotent stem cells. BioCartilage also seems to inhibit pro-osteogenic and pro-angiogenic gene expression and thus presumably differentiation. These conclusions support in vivo animal studies and human clinical trials that report BioCartilage is a powerful adjunct for inducing hyaline cartilage regeneration in microfracture procedures [22-24]. Clinical trials to compare the efficacy of BioCartilage versus standard-of-care treatments of osteochondral defects are currently underway [32,33]. Although relatively few human clinical studies of BioCartilage have been published, the general consensus thus far has been that BioCartilage results in a superior, more hyaline-like cartilage fill that mimics native articular tissue more closely than traditional microfracture procedures alone with virtually negligible risk [34-37].

The authors recognize that this study is not without limitations. Performing qRT-PCR gene analysis at additional timepoints may have provided a higher level of evidence and thus been better able to elucidate the effects of BioCartilage on gene expression over time. Analyzing a greater number of genes may also have allowed this study to better pinpoint the specific effects of BioCartilage and its role in cellular differentiation. Additionally, duplicating the study with ADSCs and MSCs in the chondrogenic and osteo-/angiogenic portions of the protocol, respectively, would allow for a more complete profile of the chondrogenic, osteogenic, and angiogenic gene expression in each of the two stem cell lines and thus a more appropriate correlation of the chondrogenic and osteo-angiogenic behaviors in each individual cell line. Finally, although upregulation of the aforementioned genes is highly suggestive of a pro-chondrogenic influence on stem cells by BioCartilage, future studies will include more definitive quantitative protein studies and histologic evaluation to better validate this hypothesis.

This study provides valuable new information to the existing literature regarding the effects of micronized matrix allograft cartilage on articular cartilage regeneration. Specifically, this study better elucidated how BioCartilage may influence cartilage, bone, and blood vessel differentiation of stem cells on the genetic level. This knowledge affords orthopedic researchers and clinicians a better understanding of how materials like BioCartilage affect the stem cell-rich milieu of microfracture procedures and result in a robust hyaline cartilage fill that ultimately improves the quality of life of patients with articular cartilage injuries.

© 2021 Reed T, et al. This is an open-access article distributed under the terms of the Creative Commons Attribution License, which permits unrestricted use, distribution, and reproduction in any medium, provided the original author and source are credited.

This study supports a mechanism of action by which BioCartilage promotes hyaline cartilage gene expression that may ultimately influence the pro-chondrogenic differentiation of stem cells. The data also suggests that BioCartilage inhibits genes associated with bone formation which is important for maintaining cartilage regeneration in microfracture procedures, and may enhance genes associated with blood vessel formation, which has a more ambiguous role in chondrogenic differentiation.