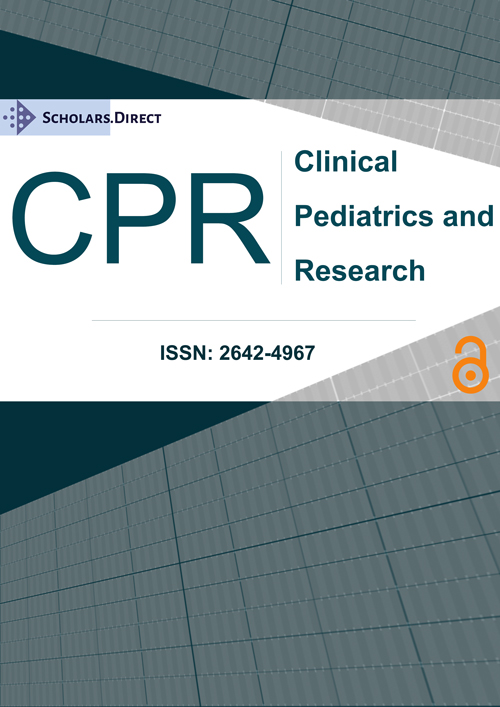 Pathogen Prevalence and Treatment of UTI in Children after Ureter Anastomosis

Pathogen Prevalence and Treatment of UTI in Children after Ureter Anastomosis

UTI after ureter anastomosis is complicated, with a high incidence and high proportion of drug-resistant and opportunistic pathogens. Resistance of cephalosporin is serious. It's better to choose high grade antibiotics decisively for the suspected infection and switch to sensitive antibiotic once acquire drug susceptibility results.

Congenital ureter diseases are the main cause of ureter anastomosis in children, including the UPJO (ureteropelvic junction obstruction), UVJO (ureterovesical junction), VUR (vesico-ureteric reflux), MU (primary megaloureter), EU (Ectopic Ureter), MUS (Middle ureteral stricture), et al. The operation methods are changeable for different primary diseases, including pyelopalsty [1], ureteral reimplantation [2] and stegnotic ureter resection with anastomosis, et al. Although some individual procedures exist, but these operations all contain ureter resection and anastomosis, so we can summarize them together. UTI (urinary tract infections) is the common complication of these operations [2,3]. For the impact of operation and Indwelling tube [4,5], the UTI is complicated and difficult to treat, increasing the length of hospital stay and costs, it's a problem worthy further study.

As the abuse of antibiotics, drug resistance bacteria are more and more popular in UTI of children [6]. The bacteria distribution in common UTI is already reported widely [7,8], but few about the prevalence, pathogen distribution and antibiotics usage of UTI after ureter anastomosis. The operation technique is routine, but the surgeon may have trouble to deal with the complicated UTI, especially for drug resistance bacterial infection. This study, urinalysis and urine culture results of 614 cases that underwent ureter anastomosis during 2010-2015 in a single center were reviewed and analyzed, aimed to investigate the characteristics of UTI and provide the guidelines for the treatment of UTI after ureter anastomosis.

Strain identification was strictly in accordance with the national inspection procedures. Drug sensitive test complied with standard procedure recommended by the National committee for clinical laboratory (NCCLS) and were performed by Kirby - Bauer method.

Use excel to record data, spss17.0 software for statistical analysis. Measurement data was expressed with ( ± s). 95% CI of rate was calculated by Normal approximation method. Inspection levels was set at α = 0.05.

198 bacteria strain was identified from188 patients with positive urine culture. The pathogen distribution and sensitive antibiotics (quinolone, aminoglycoside, levomycetin, tetracycline, et al. hasn't listed for prohibited use in children) are listed in Table 2. Gram-negative bacteria accounted for 79.8% (74.2-85.4%), Gram-positive bacteria accounted for 16.7% (11.5-21.9%) and fungi accounted for 3.5% (0.9-6.1%). E. coli (89/198), pseudomonas aeruginosa (27/198) and klebsiella pneumoniae (19/150) is the three most common postoperative UTI pathogens. Except the normal E. coli and Staphylococcus aureus is still sensitive to the first and second -generation cephalosporins, other pathogens all need to use restricted and special grade antibiotics. Resistance to antibiotics increased obviously once the bacteria produce ESBL (Table 3), it had better choose the third and fourth-generation cephalosporins or carbapenems as early as possible.

The prevalence of drug-resistant bacteria and opportunistic pathogens

UTI is the common complication of ureter anastomosis. UTI of patient in this study with a high incidence of 32.5%, significantly higher than the other case report studies result [3,5,9], may because the urine culture rate in our study was higher and the follow-up time was longer than other study, which increased the diagnosis rate of UTI. The UTI after ureter anastomosis is hospital acquired and complicated, it has its individual risk factors below: 1. Operation factors: Ureter can directly contact the outside bacteria during operation. 2. Tube factors: indwelling several tubes postoperatively, such as ureteral stent, drainage tube, nephrostomy tube, crystostomy tube, catheter, et al. And the indwelling time is long (e.g. the double J stent is indwelt for 1-6 months and the external ureteral stent is indwelt for 7-12 days). It causes the retrograde bacterial infection along the indwelling tube. Multiple Studies [10-12] showed positive culture rate of removed double J stent was high (29.4%, 58.9%, 42.9%), which can explain why UTI lasted after discharge. 3. Obstruction factors: the stent blocking or anastomosis stricture or obstruction can cause the bad urine drainage which is baneful for bacteria excretion. 4. Nursing factors: stool and urine is easy polluting the indwelling tube, incision and urethral orifice, which can explain why enterococcus faecium and enterococcus faecalis infection is not rare. These factors associate with the occurrence and treatment of UTI. If infection occurs, we must deal with these factors followed antimicrobial therapy, e.g. emergent stent removal and nephrostomy. It had better decrease the indwelling tubes and shorten the indwelling time, keep the indwelling tubes and urethral orifice clean in order to reduce the risk of UTI. In this study, we hasn't found the impact of primary diseases and operation methods on UTI after ureter anastomosis, it may because these diseases and operation methods have similar risk factors, recommends than we can adopt the similar treat strategy for UTI after ureter anastomosis.

Compared with common UTI, UTI after ureter anastomosis have the following characteristics: 1. Pathogenic bacteria spectrum has big difference: higher percentage of resistant bacteria, opportunistic pathogens and cocci (e.g. staphylococcus aureus, staphylococcus epidermidis, enterococcus faecium and enterococcus faecalis), which is different with community acquired UTI [13,14] whose main pathogen is common E. coli. 2. Few effective antibiotics can be selected: Quinolone, aminoglycoside, levomycetin and tetracycline can't be used in children generally. Most bacteria is resistant to low grade antibiotics and often need use high grade antibiotics, high grade antibiotics use rate of patients in this study was as high as 24.4%. However, for the community acquired UTI sensitive rate of first and second-generation cephalosporins is as high as 95% [15]. 3. Infection is more difficult to control, easy to relapse, infections still exists after discharge. In view of this, we should fully understand the characteristics of UTI after ureter anastomosis and the difference with common UTI, and make different empirical antibiotic use strategy.

Antibiotics usage strategy is worth further discussion. Although the clinical antibiotics use indications is strict than former and a classification of antibiotics according to prescription right is provided, but for worry of postoperative UTI, prophylactic antibiotics (the first or second-generation cephalosporins) use rate is still very high (90.2%) in this study. Urine culture is hard to implement in community and primary hospital, empirical antibiotic use is general and lack of effective antibiotics, these factors cause antibiotics abuse phenomenon is still very serious. Several studies have showed the increasing popularity of ESBL E. coli year by year [6,14,16] in community. Above mentioned phenomenon Combined with operation, indwelling tube, obstruction and nursing factors cause ESBL E. coli, ESBL klebsiella pneumoniae, MDR pseudomonas aeruginosa and MRSA in the popularity of postoperative UTI after ureter anastomosis, which should be taken more attention [17]. Antimicrobial resistance information influences the selection of antibiotics for management of UTI [18]. This research also showed the bacteria cultured in postoperative UTI are mostly resistant to the first and second-generation cephalosporins. The carbapenems is still sensitive to bacteria that produce ESBL and be recommended to use as early as possible [19]. Situation of simple positive urinalysis without UTI is common (39.3%) may is due to anastomotic bleeding and aseptic inflammation reaction, which should be differentiated from UTI and can be cured without antibiotics. Ferroni MC, et al. have found that prophylactic antibiotics after minimally invasive pyeloplasty with ureteral stent placement are useless and meaningless [20]. In conclusion, we recommend that the prophylactic antibiotics after ureter anastomosis should be avoided, but for the suspected infection and those with multiple risk factors of infection, we should choose high grade antibiotics decisively, then switch to sensitive antibiotic when drug susceptibility results come out, thus can quickly, effectively and thoroughly kill pathogenic bacteria, shorten the treatment time and also reduce the prevalence of drug-resistant bacteria.

UTI after ureter anastomosis is complicated, with a high incidence and high proportion of drug-resistant and opportunistic pathogens. Resistance of cephalosporin is serious. The prophylactic antibiotic usage is meaningless. It's better to choose high grade antibiotics decisively for the suspected infection and switch to sensitive antibiotic once acquire drug susceptibility results.

No grants or other funding were received for this project.

The authors declare that they have no conflict of interest. This study has acquired the permission of The First Affiliated Hospital of SunYat-sen University.

© 2019 Qigen X, et al. This is an open-access article distributed under the terms of the Creative Commons Attribution License, which permits unrestricted use, distribution, and reproduction in any medium, provided the original author and source are credited.

UTI after ureter anastomosis is complicated, with a high incidence and high proportion of drug-resistant and opportunistic pathogens. Resistance of cephalosporin is serious. It's better to choose high grade antibiotics decisively for the suspected infection and switch to sensitive antibiotic once acquire drug susceptibility results.