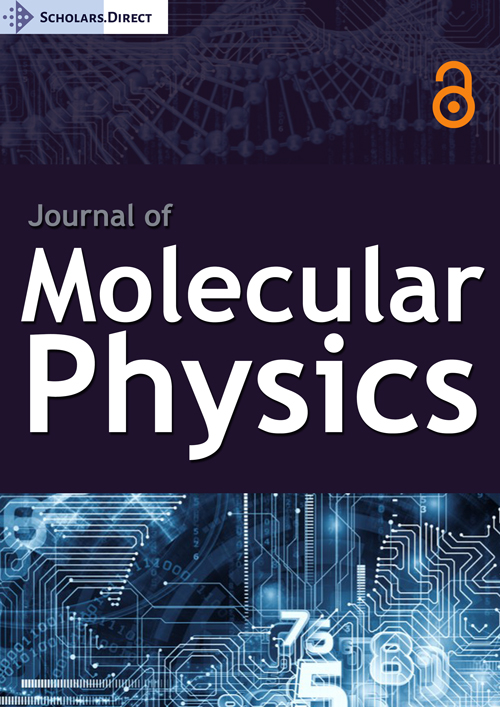 We discuss recent developments in the implementation of the scaling Born positron (SBP) approach (Chin.J.Phys.54(2016)104) for electronic excitation of molecules by positron impact. We will demonstrate, using specific examples in H2, N2, CO, CO2, and H2O that this relatively simple method can generate quite integral cross sections (ICS) which compare well with sophisticates theoretical methods. Where possible and in the absence of the experimental data, comparisons are made with analogous electron scattering.

For years positron-molecule scattering has been an important area of intense research in molecular physics since it can offer a new way to test areas such plasma [1], materials science [1], atmospheric science [1,2], and the important positron emission tomography-PET [3]. The development of the high resolution beam of positrons has open up a new era in the study of positron physics [4]. These new techniques serve as a strong motivation for the theorestis to extend their calculations to explore specific areas of positron with matter. As noted in the literature, theoretical studies on the electronic excitation of molecules are limited. For example, integral cross sections for H2 [5-7], N2 [8,9], and CO [10-12] shown significant discrepancy between calculations and experimental data although several possibilities have been discussed. With the advance of quantum mechanical computational methods, very accurate ab initio calculations were performed but these calculations are very time consuming, limiting the domain of applicability of such models for some targets [13]. Many analytical formulas have been developed to overcome these difficulties, some of them empirical and others derived from first principles [13,14].

In the present paper we will discuss the scaling Born positron (SBP) approach which we believe can provide a practical approach to addressing such problems in positron-molecule collisions [5]. The SBP approach is based on the original scaling plane wave Born (BEf-scaling) for electron-molecule collision [15,16]. The SBP approach was found to convert the first Born approximation-FBA integral cross sections to reliable cross sections comparable to accurate excitation cross sections using positron as incident particle (Born's approximation predicts equal cross sections for positrons and electrons but the SBP approach explore the difference between the two particles) [5]. For example, in an earlier theoretical effort, an application of the SBP approach at two-state level of approximation for the B1Σu+ , and C1Σu+ electronic excitation of the H2 molecule gave cross sections with reasonable qualitative agreement with sophisticates methods and with experimental data [16]. The propose of present work is to study the numerical stability of the previous calculation (H2) and we will see that now our results for H2 show a good agree with recent results of the literature [17] and a new study using the E,F1Σg+ state is also proposed. Second, theoretical studies for e+ - N2 molecule excitation (a1Пg states) failed to reproduce the near-threshold structure observed in the recent available experimental data [18,19]. As cited before [15] the SBP model is based on the FBA and do not account for the resonance often found near the excitation thresholds (as the FBA is inherently a high energy approximation and when collisional rates are sensitive to values of the cross sections near threshold, the approximation of these rates can be poor). A strategy used here is multiplies the SBP cross section by a corrective factor similar the Kim´s second approximation [20]. By combining the SBP approach with the corrective factor we obtain a improved SBP model and cross sections for e+ - N2 (a1Пg) now are more accurate when compared with experimental data. Third, numerical examples of ICS for the diatomic CO molecule and polyatomic molecules CO2, and H2O are also presented and to the best of our knowledge, is the first attempt to establish cross sections using the SBP approach. In the moment, the positronium formation (Ps) channel is not considered.

In Sec. 5 we identify the SBP method for positron scattering. In Sec. 6 we discuss the results. Conclusions are presented in Sec. 7.

A simple and computational fast way to calculate electron (or positron) collisional excitation cross sections for atoms and molecules is by using the plane wave Born approximation (or called First Born Approximation-FBA). Consider the prescription for the scattering amplitude given using FBA,

where V is the Coulombic interaction between the incident positron and the molecular target. Scattering amplitudes obtained from FBA are valid for high-energy static calculation and as FBA cross section treats the positron as a plane wave, no resonances should be found in the cross section. When dealing with dipole transitions such as, for example, H2 (B1Σu+ or C1Σu+), the long-range character of the dipolar coupling requires a larger number of partial waves [21] and because of it, higher partial waves are not well described for several sophisticates theoretical methods [21]. To repair this problem, a traditional Born-closure scheme is frequently used in the literature [21] but this procedure represents a great effort computational.

In our implementation of FBA we use two different quadratures for Ki (Kf) to avoid situations where |Ki - Kf| is too small [22]. The scaling Born positron (SBP), σSBP (E), is given by

To analyze the behavior of f(E) we assume that the f(E) term is related with the energy change of the incident positron in the field of the nucleus and the bound electrons of the target. Eps is the positronium energy, Eexc is the excitation energy, E is the energy incident, faccur is an accurate dipole value from experiments or from accurate wave functions, and fBorn is the dipole value from FBA (these quantities are accessible from accurate wave functions and hence are free of adjustable parameters). The SBP approach has the effect of correcting the wave function used for FBA without losing its well-known validity at high energy and the approach has been shown to produce atomic excitation cross-sections comparable in accuracy to those obtained by more sophisticated collision theories. In the next section we present the results of applications of the SBP approach in which the FBA is evaluated by numerical quadrature [22]. We will see that this procedure relatively simple is capable of providing reliable cross-sections.

The wave functions for the excited electronic states were all generated with the improved virtual orbital (IVO) method [21]. Table 1 shows electronic excitation, and positronium energy (eV).

In Figure 2 we show ICS for the X1Σg+ -> C1Σu+ transition using the SBP approach compared again with the CCC method [17]. Comparing the two methods we see good agreement between the results.

In Figure 3 we show the X1Σg+ -> E,F1Σg+ electronic excitation and the SBP approach is compared with the CCC method [17], Schwinger multichannel (SMC) method [21] and experimental data for electron [23]. This transition is not of long-range and is of lower intensity.

In Figure 3 is important to point out a good level of similarity for the cross sections (SBP, and CCC methods) and this transition demands a refined degree of description (this transition is of lower intensity compared to the order channel). In fact, in general for H2, the agreement is more than reasonable and this is quite relevant because it indicates that the SBP approach may be a promising model for study the H2 molecule.

We present a second study comparative between our SBP approach and the ab initio Schwinger multichannel (SMC) method [8] for the a1Пg excitation cross sections of N2. The Cartesian Gaussian basis set used for both bound state and scattering calculations is given in Ref [8] and we decided to work with the Gaussian basis set provided also by Lima [8] which has been applied with considerable success. Theoretical results for this excitation failed to reproduce the near threshold structure observed [8]. A possible strategy here used is to introduce a factor of correction in the SBP approach. The FBA is essentially a high-energy approximation and the SBP approach represents a simple way to calculate excitation cross sections accurately but suffers from the unphysical problem of going to zero near threshold. We present a correction procedure for the SBP approach, i.e.,

The Figure 4 suggests also that the MSBP approach works reasonably well when compared with experimental data [8] giving confidence that the Eq. (4) can be a reliable tool for the study of positron-N2 collision processes. The results indicate also that the MSBP is significant, and in selected cases, the MSBP model can explain most of the magnitude of the observed positron-impact cross-sections.

Let us now progress to a polar heteronuclear diatomic (CO). Our study includes the a1Пg, and E1П electronic transition. In Figure 5a we show the SBP approach ICS for the e+ - CO (a1Пg) scattering together with the SMC method [10], and experimental data [10]. As observed the SBP approach is very similar with the sophisticate SMC method [10]. One of the main conditions to obtain reliable cross sections within SMC method is the property of completeness of scattering basis set [10] and this consideration is very important to evaluate our SBP approach.

In Figure 5b we show the SBP approach compared with the BEf-scaling only. To our knowledge, this is the first attempt to the E1П electronic transition using positron-CO scattering.

The CO2 molecule is identified as an important constituent in the atmospheres of Venus and Mars and is well known to play a significant role in global warming on planet Earth. In Figure 6 we show the SBP approach for the CO2(1Σu) molecule. Again in the absence of the experimental data, comparisons are made with analogous electron scattering.

Experiments and refined theory are urgently needed for electron and also positron-H2O collision. Water is one of the most important substances that compose all living organisms. Water possesses both a significant dipole moment (1.85 D) and dipole polarisabily and is expected to have a significant effect on the scattering dynamics. Specifically, here we look at the positron impact excitation of its Ã1B1 electronic state. In this case we compare the SBP approach with BEf-scaling [12] (electron scattering) and experimental data (electron) [12].

As observed in Figure 7 the SBP approach is similar with the BEf-scaling (in shape) over the common energy range. We kindly suggest a future experimental verification of the positron-H2O (X1A1→A1B1, state) cross-sections.

The results presented in this paper demonstrate the utility of the SBP approach to calculating integral cross sections (ICS) for several molecules using positron as incident particle. Given that the SBP approach technique is relatively simple compared to state-of-the-art ab initio theories, we believe it will be valuable for new studies. These results also suggested that the SBP approach is capable of providing reliable cross sections and can be an efficient tool for study of positron-molecules collision processes. We note that there is less data available for integral, positron-impact excitation cross sections. Further experimental work to make systematic comparisons of positron and electron impact cross sections would of considerable interest.

© 2022 Lino JLS. This is an open-access article distributed under the terms of the Creative Commons Attribution License, which permits unrestricted use, distribution, and reproduction in any medium, provided the original author and source are credited.

We discuss recent developments in the implementation of the scaling Born positron (SBP) approach (Chin.J.Phys.54(2016)104) for electronic excitation of molecules by positron impact. We will demonstrate, using specific examples in H2, N2, CO, CO2, and H2O that this relatively simple method can generate quite integral cross sections (ICS) which compare well with sophisticates theoretical methods. Where possible and in the absence of the experimental data, comparisons are made with analogous electron scattering.