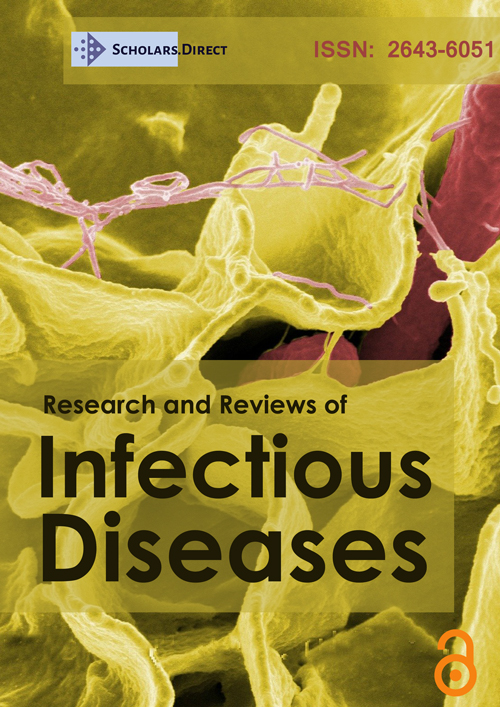 Liver Abscess and Septic Pulmonary Embolism. Description of Two Clinical Cases and Review of the Literature

Liver Abscess and Septic Pulmonary Embolism. Description of Two Clinical Cases and Review of the Literature

Liver abscess is a common and severe intra-abdominal infection [1,2]. There are geographical differences regarding its etiology [3]. While in Asia Klebsiella (k.) pneumoniae prevailes [4], in US is also having a major significance [5]. In Europe, Escherichia Coli, Staphylococcus sp. and Streptococcus sp. are the main isolated microorganisms [6], although in recent years first cases of liver abscess by K. pneumonia [7] have been reported, with the global appearance of new term "klebsiella pneumoniae invasive liver abscess syndrome".

Nonspecific clinical symptoms such as fever, abdominal pain, weight loss and nausea or vomiting, added to the absence of specific signs, make initial diagnosis difficult to reach [8,9]. The widespread use of abdominal ultrasound, besides supplying earlier diagnosis, also helps find the source of infection.

Regarding the management of liver abscesses, some authors suggest as initial strategy the combination of antibiotic treatment and application of catheter drainage [10]. Surgical intervention is indicated in cases of ineffective drainage, abscess rupture or medical treatment failure [11].

As complications of liver abscesses, patients show high rates of bacteremia, sometimes associated with septic embolism. Pulmonary septic embolisms, characterized by pulmonary infarction and/or emboli, and secondary pulmonary infection caused by clot, fibrin matrix and other particles which are contaminated with micro-organisms that derivate from various sources as right-sided endocarditis, pelvic thrombophlebitis and liver abscesses among others, are especially infrequent [12]. These patients usually start with fever and respiratory symptoms. Chest radiograph is the first diagnostic test to be performed, however, non-specific clinical and radiological presentation may cause diagnosis delay, so it is recommended the performance of a computerized tomography scan [13]. Disappearance of infiltrates after antibiotic therapy is the best confirmation diagnosis [14].

The aim of this study was to review the clinical characteristics of patients admitted to our hospital with lung metastases in connection to septic liver abscesses and to perform a literature research of liver abscess with septic pulmonary embolism.

Retrospective data was collected from all patients admitted for liver abscesses in the Marqués de Valdecilla University Hospital (Santander, Spain) between January 1, 1992 and December 31, 2012, and we analyzed which of them had also septic lung metastasis. The Marqués de Valdecilla University Hospital is a tertiary care hospital with 900 inpatient beds and covers a health area of 300,000 people.

We defined liver abscess based on clinical features, compatible image and treatment response to confirm the diagnosis. Pulmonary septic embolism was defined according to the same criteria used by Cook, et al. [11]:
(a) Presence of lung abscess or multiple infiltrates in the lung periphery,
(b) Extrapulmonary infection as a potential embolic source (having considered only liver abscesses cases) and
(c) Resolution of pulmonary lesions after administrating antimicrobial therapy.

During the study period, 197 patients (60.4% male) were admitted to our hospital with the diagnosis of liver abscess. The mean age was 63 years (SD 17.3). Thirty-nine (19.8%) patients were admitted to the intensive care unit. As risk factors for multidrug- resistant microorganism; 36 (18.3%) patients were diabetic, 44 (22.3%) patients had required prolonged hospitalization, 51 (25.9%) had undergone an invasive procedure and 61 (31%) had received antibiotics in the previous 3 months. Risk factors for multidrug-resistant microorganism are collected in table 1.

As clinical features of presentation, fever appeared in 145 (84.26%) patients, with abdominal pain associated in 66 (45.51%) of them. Leukocytosis, high CRP and impaired liver function tests was practically constant. A solitary liver abscess was found in 115 (58.4%) patients. The biliary source was the most frequent (29.4%). In 33% of cases the focus was not known. The main epidemiological, clinical and analytical characteristics of these patients are listed in table 2.

Microbiological results were obtained from abscess drainage in 66 (33.5%) patients (Figure 1). Among Gram negative (45.45%), Escherichia Coli was the main microorganism isolated (Figure 2). Streptococcus milleri was the most frequent among Gram positive (42.42%) (Figure 3). Candida spp was isolated in 6 cases: three of them were immunosuppressed patients and the other samples were considered as contamination. There were two cases with disseminated tuberculosis, in whom abscess culture results was positive to acid-alcohol resistant bacilli.

Amoeba serology was positive in 14 samples, corresponding to Entamoeba histolytica 92% of them. Four patients (2%) had septic embolism, two of them placed in the lungs. Other locations were a case of right endocarditis and a brain abscess.

All patients received antibiotic treatment and 97 of them (49.2%) underwent catheter drainage of the abscess. In 25 (12.7%) cases surgery was performed. Mortality was 12.7%. Data on treatment and outcome are listed in table 3. Two cases with septic pulmonary embolism from liver abscess were found. They are exposed below.

A 60-year-old man who came to the emergency room with a 5-day history of fever, chills and vomiting and diarrhea. He reported dark urine on previous days. He showed no abdominal pain. As remarkable personal history he works as a fisher and had traveled to Africa three years ago and recently to some countries of Europe and the US, he was smoker and suffered from cutaneous psoriasis that did not receive any drug treatment. He referred an episode of dental manipulation 5 months before and he had taken 3 tablets of Ciprofloxacin during the current episode of diarrhea. A physical examination revealed temperature of 38.5 °C and jaundice, hepatomegaly and splenomegaly. No murmurs in cardiac auscultation. Analysis showed impaired liver function tests, predominantly cholestasis (AST 189 IU/L, ALT 379 IU/L, GGT 99 IU/L, ALF 355 IU/L, total bilirubin 19.6 mg/dl and direct bilirubin 12, 2 mg/dl), leukopenia, with 4700/UL leukocytes and platelet count 50,000/UL. Abdominal ultrasound revealed hepatosplenomegaly with the presence of cholangitis and micro abscess, as shown in CT scan. Streptococcus milleri was isolated from blood cultures. Diagnostic tools to rule out involvement in other locations revealed the existence of tricuspid valve endocarditis by transesophagic echocardiogram. In routine chest radiograph some nodular images compatible with septic emboli in the right upper pulmonary lobe were observed. Left side valves were not affected, showing the blood flow; the infection starts in the liver, then reaches the right side heart valves through the circulation and finally spreads to the lung. The patient received antibiotic treatment with penicillin G 1,000,000 IU every 4 hours and Gentamicin 240 mg every 24 hours for 6 weeks. After a month, the patient felt asymptomatic and control chest radiograph showed a complete resolution of lung infiltrations.

A 58-year-old male was admitted with a two months history of chills, fever and right upper quadrant pain, initially treated on an outpatient basis with amoxicillin-clavulanic without improvement. He worked as a shop assistant and had a history of dyslipidemia and cutaneous psoriasis without taking any treatment. Abdominal examination showed hepatomegaly. He was diagnosed of liver abscesses by abdominal ultrasound (Figure 1). A CT scan showed colonic diverticula and lung abscesses (Figure 2). A transthoracic echocardiography and bubble echocardiogram was performed to rule out endocarditis or left-right shunt. Escherichia Coli was isolated from both blood culture and percutaneous transhepatic drainage aspiration specimen. He was treated with intravenous Piperacillin-Tazobactam 4000/500 mg every 8 hours for 14 days following oral amoxicillin-clavulanic 875/125 mg every 8 hours to complete 6 weeks. The patient´s condition improved rapidly and subsequent radiological controls showed complete resolution of the lung and liver abscess.

Although remaining a relative rare condition, liver abscesses are the most common cause of intra-abdominal infection in our environment, being slightly more prevalent in men. They exhibit unspecific symptoms; in this group of patients, fever associated with abdominal pain appears as the most frequent clinical presentation. Thus, the initial diagnosis is usually complex. Performing an abdominal image technique when any suspicion or with the lack of diagnosis is essential. Biliary focus is the most common in our series. Cryptogenic abscesses without apparent focus have been reported in up to 15% of patients [16], reaching this percentage 33% in our cases, which suggests that knowing the initial focus is often complex.

The most frequently isolated microorganisms were Escherichia Coli and Streptococcus millery group, which is consistent with the European series [17]. Given the similarity we found between microorganisms isolated in drainage specimens and blood cultures, we can deduce the ease of presenting bacteremia from the liver abscess, and subsequent distant septic metastases. Among cases with metastasis in our series, the microbiological etiology is typical in our environment, without added risk factors, and representing a small percentage of the total, comparable as those observed in previous studies [12].

In recent decades, Klebsiella spp. has surpassed Escherichia Coli in Asia and US [5,18], appearing a new highly virulent strain (hypermucoviscous phenotype), with a higher probability of hematogenous spread and the potential for metastatic infection, a phenomenon that has been termed as "klebsiella pneumoniae invasive liver abscess syndrome" [18-20].

In recent years, first cases in Europe have been published [21], showing the possibility of a global dissemination of this etiological agent and the consequent increased frequency of septic embolism in our environment. Considering septic pulmonary embolism, it reaches a frequency of 12% in areas as China with a high klebsiella pneumonia prevalence [22].

In our study, the prevalence of Klebsiella as the causative agent is low and these patients don´t usually have any complication. However, liver abscesses remain a potential source of lung emboli, although they are caused by another pathogen. In addition, the clinical presentation of septic pulmonary embolism is nonspecific, with fever, cough, hemoptysis, and even asymptomatic, which can lead to a delayed diagnosis and a fatal or poor prognosis [23].

For these reasons this entity should be suspected, especially in patients with chest radiography abnormalities. Early diagnosis, catheter drainage of the source of infection and antimicrobial therapy is essential in search of a favorable outcome without complications.

© 2017 Graciaa ML, et al. This is an open-access article distributed under the terms of the Creative Commons Attribution License, which permits unrestricted use, distribution, and reproduction in any medium, provided the original author and source are credited.